Here’s a girl who can somersault through tight museum security to steal the Harlequin Diamond, pogo-stick through mob gunfire, hang out with hyenas, single-handedly capture Batman, and – I later learned – survive doctorate studies to earn her PhD in psychiatry. And she has a tonne of fun – a rare trait for a badass woman on the telly in those days. Watching her as a ten-year-old, Harley Quinn was as close to a female superhero that I could get.

But whatever empowerment Harley Quinn elicits was quickly doused whenever the Joker enters the picture. Her love for the Joker was hard to watch – and maybe that’s the whole point – not only because of how easily she crumples before the man. It is also the excessive abuse that sometimes seems to be played for laughs. Her Puddin’ – as she calls him – kicks her, slaps her, grabs her violently (one time just for being funnier than he is), and even pushes her off a building.

Yet Harley always goes back to the Joker, idolising him and begging for attention. The fact that a bunch of men insisted on writing her character arc like this, over and over again, borders on fetishising a toxic relationship – not that I could articulate this as a kid, but cringe needs no vocabulary.

My mental image of this badass criminal mastermind had been, as Poison Ivy so aptly put it, “one big forgiving doormat.” (The recent Harley Quinn series haves apparently ‘corrected’ this, though I’ve not had the pleasure to catch it.)

That is until last Tuesday, when I sat in the press screening taking in, nay, inhaling the party that was Birds of Prey (And The Fantabulous Emancipation of One Harley Quinn). The colour palette pops gorgeously; it looks like candies ate candies. The hand-to-hand combats are gripping. The comedy is lively, with just the right amount of heart for breathers.

BOP showed me a Harley Quinn that I’ve always hoped to see – a flawed oddball who can play hard and kick ass harder, at times dishing out some psychoanalysis like the brainiac she is. Most of all, she is free from the cringey abuse fantasy starring the Joker.

Putting the bomb in bombshell

Margot Robbie reprises her role from Suicide Squad as the mallet-wielding Clown Princess of Crime, putting her 10/10 into a character who gives zero fucks (oh, yes, BOP is R-rated all the way). Some may think that anyone can play Harley Quinn – just put on a wide grin and some shrieking-ly loud make-up, go bananas, and let the stunt doubles take care of the rest. And Robbie did all that – grin, make-up, bananas, stunt doubles. She did, however, perform one of the coolest stunts in the movie on her own.

But it is the quiet moments in BOP when Harley – no doubt a complex personality under a chirpy mask – has to access her emotions from the deep layers of internal chaos, or when fleeting flashes of conflict cross her cheeky face, that makes me thankful that an Academy Award nominee is playing her.

Black Canary (left) and Harley, at the start of a beautiful friendship

Directed by Cathy Yan (Dead Pigs) from a script by Christina Hodson (Bumblebee), BOP is told through the messy, off-kilter voice of Harley. She had just broken up with the Joker – this time for good; break out the champagne (or the Ace Chemicals). Unfortunately, without the Joker’s ‘protection’, her enemies are charging out of the woodwork to get a piece of the naughty psychopath. This includes Roman Sionis, Gotham’s narcissistic mob villain (played by an Ewan McGregor having too much fun).

But Sionis has a bigger prize to chase, and the key to it is a young girl named Cass (newcomer Ella Jay Basco).

As the city is turned upside down to hunt for Cass, Harley’s path collides with the mysterious Huntress (Mary Elizabeth Winstead), the sassy songbird Black Canary (Jurnee Smollett-Bell) and hardboiled cop Renee Montoya (Rosie Perez). Backed into a corner, they decide to team up and take Sionis down.

While Harley Quinn clearly hogs the spotlight in BOP, the rest of the girl gang is no scenery. In fact, each of them are adequately fleshed out, playing by their own rules, with their own skin in the game.

Huntress, though no one would let her say it

Winstead wins with her portrayal of Huntress, whose cold demeanour is just an extension of social awkwardness from a life of revenge-seeking and assassin-becoming. Smollett-Bell plays an interesting dichotomy – a Black Canary that is both jaded and trying to do the right thing. Perez’s Renee Montoya has no super skills save for some detecting chops and a stomach to withstand sexist and ageist colleagues, which makes her a sturdy (but no less mouthy) pillar among the Women with Issues. Newcomer Basco plays a dour young girl slash pickpocketing prodigy, and while her sullenness gets tiresome after a while, it does balance out the neuroticism of her newfound babysitter – Harley Quinn.

Of course, there’s only so much Cass could do

Together, they make an ensemble of anti-heroines that is fun to watch and even more fun to root for. If I have one tiny complaint, it would be that they didn’t have more time fighting together – the team up only happened towards the end of BOP. But that does mean more time given to set up each character’s narrative track. Some find that these individual stories slowed the movie’s pace, but I was happily invested throughout.

The action sequences are inspired and flashy (like, actual-glitters-deployed flashy). My favourite has to be Harley on roller skates in a high-speed car chase while Huntress provides support from her motorcycle – yes, it’s as nuts as it sounds. I got a huge kick out of watching two women working together in a precarious situation to take down some Angry Dudes. Harley, it turns out, is not better off as a solo agent – with the right partner, she is unstoppable. She just needs to ditch the wrong leech first.

BOP is helmed by women both in front and behind the lens. The director, scriptwriter, and two of the three producers (one of them being Robbie) are women. This may be why the movie hits the right notes in swapping out the typical ‘male gaze’ of superhero flicks for female-centred catharsis.

For a long time, I’ve wondered if this mattered – that women would do a better job at directing women stories. Wonder Woman, Little Women, and The Farewell seems to suggest so.

But one scene in BOP made me wonder no more – the lauded instant when Harley offers Black Canary a hair-tie in the middle of their Whack-A-Mook. It is such a small gesture, but one that – as any woman with long hair and her hands full can attest to – is a lifesaver. And one that possibly only a woman would have thought to include. Action movies, mostly made by men, typically depict femme fatales throwing kicks and punches with flowing tresses that seem rubbish for their chosen vocation. Why?

Because even female supers need to maintain a relationship with traditional standards of femininity. Or maybe, the male-dominated movie industry simply didn’t see that these voluminous, beautiful, high-maintenance hairstyles are bullshit for combat. For Gamora or Wonder Woman to maintain such lustrous locks, they would have to shampoo and blow-dry for eons after every sweaty fight. If they don’t, imagine the smell.

Thanks, BOP for showing what fighting with a sexy, unbridled mane looks like

Alas, it is more important – as the head of hair department for several Marvel blockbusters told Vox – “to be able to see the hair moving freely with the hair in constant motion”, because that’s in accordance with “the history of superhero women in comic books”. Nevermind that male superheroes are rarely given that burden. In the same article, Christina Dokou, an assistant professor of American literature and culture at the University of Athens, says that such sexist stereotypes of female characters came from the “boys’ club” legacy of comic books.

And this is why it is important for more women to make films. It is not about whether women are better or worse directors, or that they never propagate prejudice – 78.5% of all hair departments in Hollywood were led by women in 2018. It is that diversity brings more perspectives and has better chances of emancipating us from perpetuating the assumptions, blind spots, or fetish of a single, homogenous group. It is so that we don’t always end up telling the same old tale. 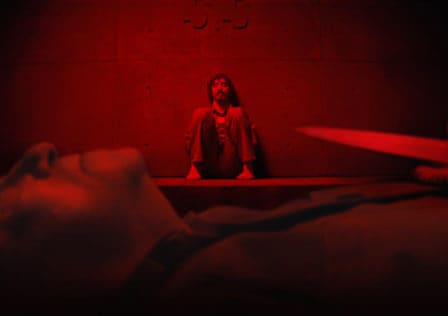