2019 is shaping up to be a pretty awesome year for animated films! You have a LEGO Movie sequel, a How to Train your Dragon sequel, a Toy Story sequel, a Shaun the Sheep sequel, a Frozen sequel, a… hrmm. Right.

Okay, it’s a year of animated sequels, and likely emblematic of an increasingly troubling trend. But there are still a few non-sequels to gravitate to. There’s Abominable, which is made by Pearl Studios, aka the phoenix rising off the ashes of the defunct Oriental Dreamworks. MGM’s animated The Addams Family got the look down pat, and has mustered a solid slate of voice talents. And Blue Sky’s Spies in Disguise looks fun, though I hope it goes beyond the single joke of Will Smith being a pigeon.

Most importantly, though, 2019 will bring us a new LAIKA movie! And it is Missing Link, which trailer just dropped recently.

LAIKA is one of the most notable and daring animated houses in the USA – a studio that makes accessible, entertaining, charming films without succumbing to the Hollywood pressure to create mainstream fare. Every movie in LAIKA’s repertoire – Coraline, ParaNorman, The Boxtrolls and Kubo and the Two Strings – are all technical marvels that tell heartfelt stories. Missing Link seems to be following the trend.

The movie is directed by Chris Butler, whose previous LAIKA movie, ParaNorman, is a clever subversion of classic zombie films and an exploration of fear and crowd irrationality. We’re sure Missing Link will share same depth. Even if it doesn’t, it will still be a visual treat made by true stop-motion magicians. 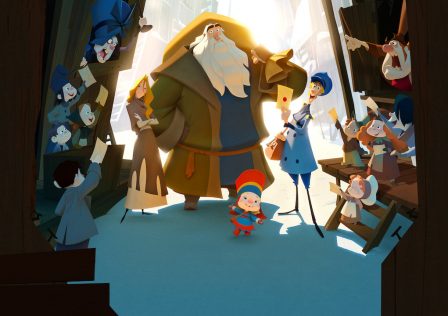