Like romance, I Love You, You’re Perfect, Now Change plays with layers| Review 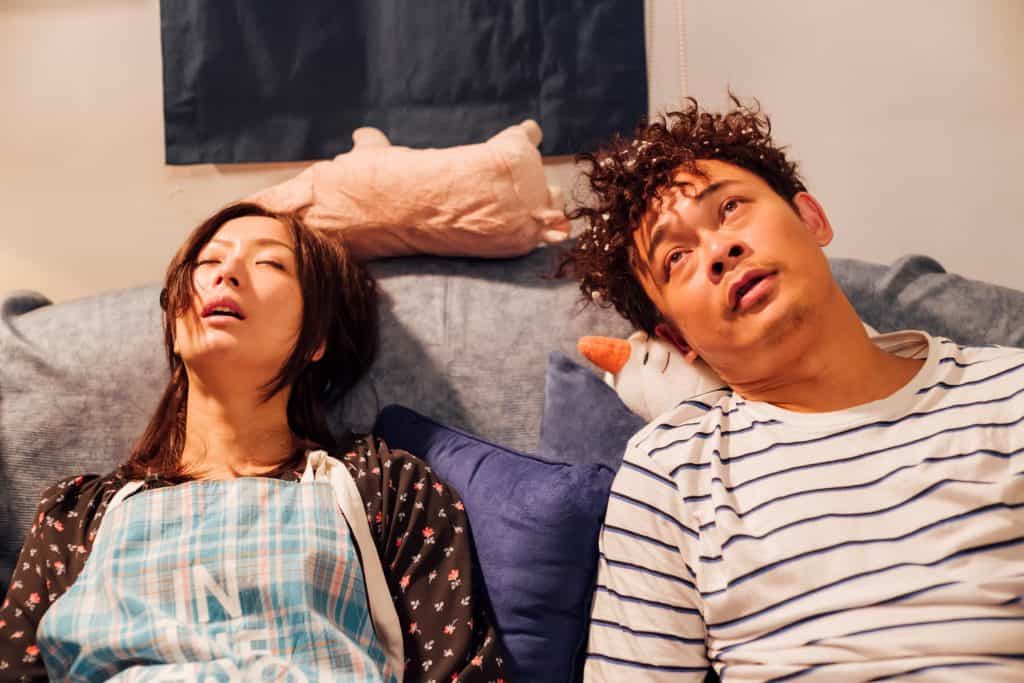 Chinese New Year is about family and, for many couples, the pressure to start one. The common wish to young couples is 早生贵子, which basically means “get on with it and pop out a kid already”. Elders give ang pow – red packets filled with small amounts of money meant as a blessing for children and unmarried people – to bachelors and bachelorettes with a smiling-but-not-really threat that this is the last year they should be receiving these.

Chinese New Year movies are also typically about family, but rarely ever about the pressure to start one. Not in the scale that Hong Kong musical comedy I Love You, You’re Perfect, Now Change attempts it, at least.

Adapted from an off-Broadway musical hit, I Love You is a rambunctious revue made up of vignettes on different stages of relationships – as well as the fears, stress and contradictions that make romance happen, or at least, convincingly imagined.

What makes I Love You a spectacle is not just its rousing musical numbers and brilliantly-rhymed lyrics, delivered by a spot-on cast of comedy veterans and household names like Eric Tsang and Sammi Cheng. It’s also not just the biting satires and parodies that comedian Wong Cho-Lam stuffed in his 88-minute directorial debut.

Even the background is not spared of jokes

It is the food for thought about the dating and mating game that the movie sneaks in within its extravagant buffet of high kicks and sardonic shenanigans.

Although the source material was written by Americans (playwright Joe DiPietro and composer Jimmy Roberts), the Cantonese production of I Love You managed a rather-faithful adaptation that reflects an Asian reality.

Of course, it helps that DiPietro’s scenes – from mind-numbing first dates to passive-aggressive parental expectations to literally being oppressed into getting married – are universally recognised. These themes especially hit home in Asia, where the pressure to find a mate is so strong that the term “leftover women” is a thing.

But it is the localisation that nails the comedy.  The translated lyrics, while retaining the meaning of the original songs, are laced with Hong Kong’s particular brand of crass humour, which is especially cathartic for those growing up listening to it (the English subtitles weren’t bad either, but some of the puns were lost in translation). An honorary mention is due for the cameo of Hong Kong’s horror icon, Law Lan, as a lonely spinster – the ultimate terror drilled into Asians since young.

I Love You is not perfect. It plays up gender stereotypes and relationship clichés for lampooning effects, which teeters on the edge of dated and lazy writing. But the caricatures and overacting do not bury its emotional core. Joey Yung’s earnest solo about her longing for companionship despite her tough exterior tugs at the heart. The stand-up-esque bit of Teresa Mo at a dating variety show took an unexpectedly poignant turn as the veteran actress toggles smoothly between charm and bitterness when describing a failed marriage.

And while many can be affronted by the dated representations, I suspect that few can claim to be completely inculpable. Even I, a self-proclaimed enlightened female specimen, must admit that I have lived one or two of the stereotypes in my lifetime, because this is how we were taught to play the game of love. It’s like watching my own roasting, which made it all the funnier (in a “gosh, why did I do that?” way).

As a whole, the musical lays bare that the mating rules and rituals are equally stressful, confusing and suffocating for both men and women. Yet we play along because not participating may mean loneliness, which is a shamed existence and a worse bogeyman. In the opening song itself, men and women slave over their appearances to transform into a ‘hot date’ (whose unrealistic qualities get hilariously torn down in a subsequent musical number in a cyber café).

Fong Lik-Sun as a dude singing about his crumbling machismo as he struggles to hold back tears watching a Korean drama – while I held back tears from violent laughter – brings to mind the current discourse on how rigid concepts of masculinity break men as well.

The best musicals, for me, use the song cutaways to explore a deeper story between the spoken words. For example, Chicago’s unhinged numbers, featuring the press as puppets and murderesses tangoing to their plea of innocence, work as a metaphor of the contorted, fame-starved mind of the protagonist, Roxie Hart.

Similarly, I Love You uses the reality-breaking effects of musicals to tear down the facade of relationships and reveal its creaky gears, nutty rules, myths and mirages, all powered by the pressures and worries of ending up lonely. The movie does not ridicule the desire to pair up; it contemplates the frustrations of single parenthood and the fear of dying alone. Loneliness is scientifically proven to be a real threat to health, after all.

What I Love You satirises is our desperate, misguided and exhausting attempts to find a mate for ourselves (or for whoever we are nagging to get married). Wrapped in the comedic song and dance is the tragedy that love – said to be the greatest thing of all – becomes just another chore.