Is Avatar: the Last Airbender anime? This is a question that has divided much of its fanbase. For many people, the answer is a hard no – the commonly-held definition of anime is that it must be made in Japan or by Japanese. But for Japanese themselves? The answer is likely ‘yes’.

‘Anime’, coined in Japan, is used by the Japanese as a catch-all term for ‘animation’. Hence, any animated show or movie is anime to the people who began using the word in the first place. By this definition, Frozen is anime (and not because Elsa did a costume henshin), The Powerpuff Girls is anime, and Peppa Pig is anime.

But for a term so fluid, its meaning has taken the form of a fenced facility that cages animation created within Japan while keeping out those that do not fit the bill. Outside of Japan, ‘anime’ is often brushed off as a subculture that indulges in unrealistic violence and perverted plots (necessitating listicles with ironic headlines like “Anime for People Who Don’t Like Anime”). A ‘non-anime’ cartoon, on the other hand, has ‘kiddiness’ scrawled all over it – whether justifiably or not.

Is there a need to obsessively cram animation – a medium supposedly unbounded by rules of reality – into neat categories? Hardly. But is it done? All the time.

For a while, what people outside of Japan called ‘anime’ did seem synonymous with Japanese productions and appeared easy enough to identify. Popular works like Sailormoon, Dragon Ball and One Piece are written and made by Japanese, and the characters usually have eyes so glimmery that they seem to contain entire universes, exaggerated expressions (combined with lots of screaming), gravity-defying hair and proportionately-impossible bodies. These are the broad strokes of a well-recognised picture.

All the planets… in their eyes

But the picture is blurring; it has been for many years. Studio Ghibli’s seminal features hardly fall into any abovementioned anime art aesthetics but are indisputably Japanese in both production and sensibilities. Netflix’s Castlevania is based on a Japanese video game franchise but made by the Texas-based Powerhouse Animation. The animation and production team of this year’s Tower of God is largely Japanese, but the story is adapted from a popular South Korean webtoon series of the same name.

The writing on the wall is that anime can no longer be clearly defined. Sure, them’s fighting words. But online streaming platforms have long Kamehameha-ed anime out of the ‘made by Japanese, for Japanese’ perception.

Anime streaming platform Crunchyroll’s new original series, Onyx Equinox, is called ‘anime-adjacent’ — it has a distinctive Latinx DNA, and was created in-house at Crunchyroll Studios with animation production by South Korean studios. Amazon Prime Video’s Blade of the Immortal anime adaptation was released last year on the platform but was not broadcasted on Japanese television until this year.

In a recent online press roundtable, Taiki Sakurai, chief producer of anime at Netflix, muses about the bickering outside Japan on whether anime has to be a Japanese production, when there is no such distinction within the country.

“I think that anime is like sushi,” he says in Japanese, through an interpreter.

Having grown up in England, he recalled that there was no sushi restaurant where he lived.

“People [used to] say, if it’s not prepared or served by a Japanese, it’s not sushi. It’s like fake sushi. But nowadays, people are more open to different styles of sushi. No matter who the chef is, it can still be sushi.

“I feel that anime is going down a similar route. Maybe because anime is in a transitional period, people are more particular about what is anime and what is not, but I think it is going to evolve into something more flexible and not just one thing,” explains Sakurai, who leads Netflix’s anime arm and is the executive producer of Dragon’s Dogma and Cannon Busters.

The international streaming mecha, which landed in Japan in 2015, has combined forces with numerous non-Japanese studios to produce shows for its ‘Anime’ category. Most recently, Netflix inked deals with several major animation studios including South Korea’s Studio Mir (which made DreamWorks Animation Television’s Voltron: Legendary Defender) to expand its anime buffet.

Netflix also announced a slate of original anime titles. Most of these are Japanese productions, including Rilakkuma’s Theme Park Adventure, Thermae Romae Novae, High-Rise Invasion, Thus Spoke Kishibe Rohan, The Way of the Househusband, and so on.

But among the upcoming anime projects, Trese is notable. The detective horror series, set in Manila, Philippines, features mythical creatures from Filipino folklore. It is adapted from a graphic novel by two Filipinos, writer Budjette Tan and artist KaJO Baldisimo, directed by American storyboard artist and filmmaker Jay Oliva, with animation production from the Southeast Asian studio BASE Entertainment.

These will join a long list of predecessors that were not entirely Japanese-made but nonetheless categorised as ‘anime’ on Netflix, such as Castlevania, the Transformers: War for Cybertron trilogy, and the newly-released Blood of Zeus.

While anime reaches out to a wider world, the world reaches back. What used to be considered a niche category is now finding its way onto millions of screens worldwide. According to Netflix, over 100 million households around the world watched at least one anime title on the platform in the past year – marking a 50% growth year-on-year.

The Netflix original series Seven Deadly Sins took one of the Top 10 spots among all series and films on the platform in over 70 countries, and Baki in nearly 50 countries.

Shuichiro Tanaka, producer of David Productions (Jojo’s Bizarre Adventure), points out he had always been producing animation for a domestic market, but working with Netflix opens up a show’s audience base to its subscribers in over 190 countries.

“It’s like the world has come into Japan,” he explains in Japanese through an interpreter in the same press roundtable.

David Productions will take on the animation for another upcoming Netflix anime, Spriggan, based on a beloved 90s manga of the same name. It is slated for a 2021 release.

Tanaka does feel the pressure. “If you think about how there will be 100 million subscribers from 190 countries watching [the show], it’s such a huge number, and it’s kinda like you are throwing a ball aimlessly. It can get confusing on which to focus on.

“So, we basically focus on the Japanese market and put it out there. I work with a lot of movie directors, and many of them make movies that try to focus on the local, but there’s a universal theme that people around the world can connect with,” he explains.

Manga artist Mari Yamazaki agrees that it is a tall order to tailor one’s production to such a wide audience. To her, the key is to tap into the commonality across cultures.

Her manga, which is getting a Netflix anime adaptation, is one example of bridging two different cultures – Thermae Romae Novae is a comedy about a bath designer of the Roman Empire who accidentally time-travelled to present-day Japan and learns about the Japanese bath culture.

Netflix’s Thermae Romae Novae, based on a celebrated manga by Mari Yamazaki

But creating works for a wider audience means navigating more cultural nerves. “You have to think about the different people out there with different values who are going to watch the show, so there’s a certain responsibility that comes with this. You can’t be lazy about it,” she says.

She explains that striking a balance between historical accuracy and artistic interpretation is necessary when it comes to creating for a global audience, but it is a delicate balancing act. For example, as a Japanese, she may apply her own artistic interpretation when it comes to drawing Christianity or Islamic elements, but such creative liberties may also cause conflict.

“You don’t want to think too much about it, but you also have to be careful,” Yamazaki points out.

That about sums up the dilemma of blurring cultural lines. Even so, as current trends indicate, there seems to be no stopping anime from bursting out of its restrictive cocoon that is, frankly, weaved from a global misunderstanding on what the term means.

Japanese animation has always blended with the stories, sensibilities and even aesthetics of other cultures – Hayao Miyazaki’s Howl’s Moving Castle was adapted from Diana Wynne Jones’ fantasy novel, and Akira’s sci-fi visual feast was said to have been influenced by the French comic artist Moebius. How do the elements of one animation add up to make it ‘anime’, or not?

There is no formula for cultural calculus. But creative works are less like math and more like a dance anyway. And like dances, a physical expression unbound by language differences, it hardly matters if you call it by one name or the other. What matters is if you are captivated. 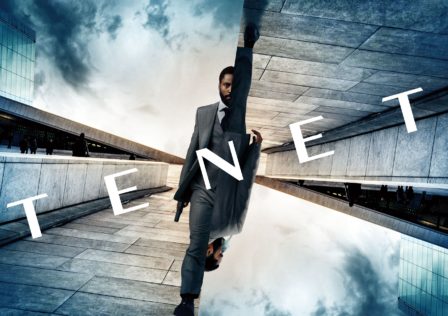