Put it on loop

Put it on Loop is where we feature artists or bands that we feel deserve your attention. These can be artists who don’t have a full LP yet or just unique songs that got stuck in our heads.

If there’s one thing that’s unfortunate about English music acts in Malaysia, it’s the fact that they hardly get the mainstream attention they deserve. If you look (or listen, in this case) hard enough, Malaysia actually has bands and solo acts that produce songs with lyrics, melodies and production values that rival international acts.

I must confess that even my playlist is largely made up of Western singers and bands. But I make it a point to keep up with what’s happening locally (or at least try to), and some of the local English acts have found their way into my to-loop list. These solo acts or bands include Disagree, Massacre Conspiracy, Maddthelin, Reza Salleh, Darren Ashley, Paperplane Pursuit, and the most recent addition to the list – Lost Spaces.

Lost Spaces began as a solo project by Sam Lopez as a “means for him to get lost from the noise of the world” and as a safe space for him to deal with what goes on in his head. Personally, that’s already a resonating note as I am all too familiar with the desire to escape from the dreariness of life.

This solo project evolved into a five-piece band made up of Lopez on vocals and guitar duty, Imran Marshall on bass, Kuszanagi as a producer and on synths, Kyle on drums and Shien also on guitars. The five young chaps then set out to infect the world with new-age aurally colourful and upbeat synth-pop that listeners can lose themselves in and find a safe haven away from routine life.

So far, they have only released eight singles, And that’s pretty much all it took to get me hooked. The chillout vibes created by the electro and synth melodies really helps one to unwind. Just dim the lights, light up some incense and bam! Instant relaxation.

What makes the songs from Lost Spaces even better is how the lyrics are so cleverly written and relatable (albeit skewed towards Gen Y and Gen Z listeners). A personal earworm for me is “boxset.girlfriend”, a song about having a crush on a TV character, or in other words, falling for someone from afar (or the idea of someone) but at the same time realising that the relationship could never come true.

Then there’s also the track “instant.romance”, which is about working or dealing with the triviality of modern dating. What I really appreciate about this song is how it doesn’t romanticise attraction or love and is instead a very down-to-earth take on the matter.

Another nice touch in “instant.romance” are the monologues during the intermission and ending of the song, in which a band member talks about their own experience of dating and views on love.

Another one of my favourites is also “discohaze”, which features another Malaysian artiste, JAIE. It is a funky love song that melds slightly slower melodies with smoky vocals that would be quite nice for a date night at home — the song is, after all, about being comfortable with your significant other and how the world always seems alright when you’re with the one who makes you feel loved.

Their latest track “slow.dance” was tailor-made for those who have played the game of love one too many times and came out on the losing end. The song captures the jaded feelings and doubts on whether we’re meant for relationships. Even when someone comes along and shows us otherwise, we’d be apprehensive and prefer to take things slow, for fear of getting burnt again.

Lost Spaces is pretty much proof that Malaysia does have a wealth of talent, and it’s really up to us to support them and give them the recognition they deserve — so that they don’t get lost in the crowded space called the music biz. 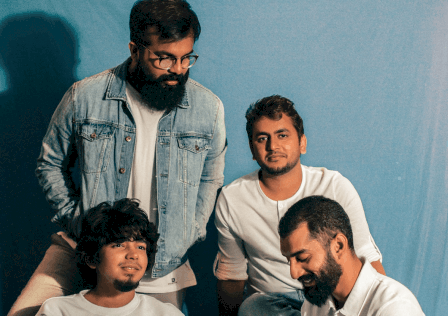