I may come off like a total ignoramus for what I’m about to write. My impression on the South Korean music scene had been boy- or girl bands made up of four or more members with jaw-droppingly good looks, bright neon coloured hair and equally bright neon coloured outfits, energetic dance moves, infectious melodies and lyrics (that I don’t understand) and a rabid fanbase that will likely end your digital presence if you so much as utter the wrong thing about their “stans” and “biases”.

If it isn’t obvious by now, I’m not exactly the biggest purveyor of music by Asian artists be it Chinese, Japanese or Korean. This is mainly because I don’t understand these languages, hence it’s a lot harder for me to find an emotional connection to the songs. So, I stick to the confines of English songs and resign to the fact that I am an ignoramus.

So imagine my intrigue after reading a VICE article about New York-based Korean-American electronic artist, Yaeji, who took what I “knew” about the Korean music scene and chucked it out the window.

As shallow as this sounds, Yaeji first caught my attention with her appearance. Initially, I imagined her to look like the Korean pop idols that many of us know (and not-so-secretly hate) — stylish and manicured. But to my surprise, Yaeji wears large wire-framed glasses and sensible clothes that most Asian parents would give two thumbs up to. In other words, she looks pretty much like an introverted, nerdy homebody.

Then, there’s her brand of music and delivery. Yaeji produces mellow electronic music that combines elements of house and hip-hop. Lyrics to her songs are usually performed in either English, Korean or both. To further accentuate that mellow vibe, she raps and sings in a hushed tone, even in energetic tracks. This in itself is quite a far cry from the mainstream K-pop bops I was exposed to.

Thematically, Yaeji’s songs tend to draw from the little things in life, such as connections with family, friends and fans, and the mundanity of being an adult (or at least trying to ‘adult’). This is why her latest 12-track mixtape, What We Drew 우리가 그려왔, couldn’t have been released at a better time. With most of us stuck at home due to the Coronavirus pandemic, and having to deal with the existential crisis that has come from our routines being severely disrupted, it’s good to be reminded of the little things that we took for granted.

Take for example the title track “What We Drew”, which begins with a short scat recording that then follows up with Yaeji’s somewhat haunting vocals. The song is mainly sung in Korean and it’s about how her passion for music has helped her create a place that she can strive in with the people she loves. While the first and second verses are focused on her ‘drawing’ this place, the ending of the bridge pays homage to the people who “walk with her” and how they play a part in creating this place with her.

It was quite easy for me to relate to “What We Drew” because as a writer, I don’t exactly have the most valued profession here in Malaysia. To this day, I struggle to answer whether this path I’ve chosen, one borne from passion, is really worth pursuing. But with the support from family, friends and acquaintances I’ve made along my pursuit, I continue to “draw the world” that I want. Part of this ‘drawing’ has also led to the creation of DeconRecon with two of the people I love to walk with.

“Waking Up Down” is the other song that has found its way onto my daily playlist as it’s such a catchy bop. The melody is fun and upbeat, complemented with lyrics that highlight the mundanity of being an adult. It can probably be the anthem for all 20- and 30-somethings who still struggle with adulting.

Yaeji begins the song with the verse in English that highlights how she’s gotten everyday routines in check. However, there seems to be a double meaning with the word “down”, which can both mean ‘achieved’ or feeling bored or sad.  To me, it implies how being an adult can be a drag as we seem to be doing the same things on a daily basis.

Then, in the chorus, Yaeji further expresses how there are just so many expectations from others or even yourself when you reach adulthood, to the point where you can’t even show an inkling of laziness or wanting to take it easy without feeling the guilt or pressure to do more.

While the rest of the tracks share similar messages of becoming comfortable with oneself and reminiscing the joys of friendship, the delivery can be vastly different. For example after the cutesy “Waking Up Down” comes “In The Mirror”, which has a much darker vibe to it and explores not recognising the person Yaeji sees in the mirror. I get it. Having to give up on certain dreams and passions as you get older, you come to a point when you no longer feel or look like yourself.

I personally found the mixtape an eclectic mix of music that is quite a hit-and-miss. But that could be because I’m not a big fan of electronic or hip-hop music in the first place. However, I am surprised to find that, despite not understanding the Korean she sings and having to Google the translations, Yaeji’s songs still resonated with me. Her lyrics may seem simple and straightforward, but the deeper meaning they convey becomes more complex with every listen.

While What We Drew 우리가 그려왔 isn’t exactly my cup of tea, I still adore the relatability found in the lyrics and Yaeji’s uniquely quirky delivery. It has also helped me realise that sometimes, it pays to be different and not to fall into the mould that the rest of the world expects you to be in. In other words, draw your own world and invite others into it. Only then will you gain the solid foundation and support you need, and also a more interesting world made up of a myriad of colours, shapes and sounds.

featured Listen what we drew yaeji 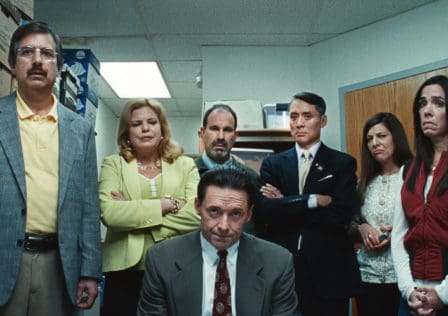