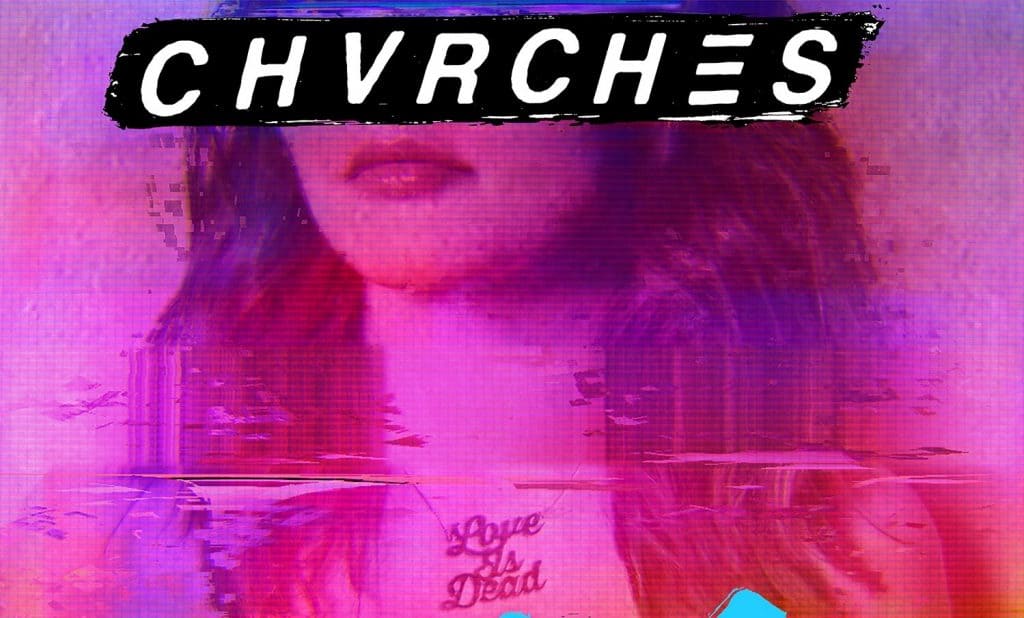 The thing with a broken heart is that whether we like to admit it or not, we have all experienced it one way or another. Personally, my most painful experience was when my relationship ended with my girlfriend of 7 years.

So taking the advice of my family, friends and also a psychologist, I poured my heart, soul and time into the things that I loved to do. One of them is exploring new music. However, my choice in music was initially still very much skewed towards the very angry, expletive-laden and hate-filled lyrics of bands like Killswitch Engage, Breaking Benjamin and the likes.

It wasn’t until I discovered Scottish synth-pop trio, Chvrches, that I started to realise that as painful as my breakup was, it was something not worth pouring my emotions and energy into anymore. I think it was the lyrics from their song “Make Them Gold” off their sophomore album, Every Open Eye, that summed it up succinctly:

“We are made up of our mistakes / We are falling but not alone / We will take the best parts of ourselves / And make them gold.”

I fell in love with that bit of the chorus. It was a reminder to me that I needed to stop blaming myself for how my relationship ended and that I am more than my mistakes. They don’t define who I am; how I chose to recover and learn from them does.

The reason why I started listening to Chvrches was because I had the pleasure of interviewing the band, consisting of Lauren Mayberry, Iain Cook and Martin Doherty, for work before their live performance. In the name of ‘research’, I decided to find out what the hype was all about. So I gave Every Open Eye a listen and, frankly, I was quite unimpressed. If I remember correctly, I stopped listening after the third track.

The turning point for me had to be their live performance. I loved the energy they had on stage. Having to focus on the concert, I paid closer attention to the lyrics of their songs. I realised that, in the guise of dance-friendly beats, the lyrics were unexpectedly dark, sombre and heavily influenced by being heartbroken.

The very next day, to gain inspiration while writing my article about the event, I decided to give Every Open Eye another chance. This time I focused on the lyrics hidden behind the dance-happy beats. And just with their words, Chvrches successfully opened both my eyes (or is it ears?) to their brand of music.

From that day on, Every Open Eye became one of my most-looped albums. When the trio announced that they were working on new material, I found myself surprisingly excited. Like a lot of other bands these days, Chvrches started drip-feeding us with singles from their new album, Love is Dead, and I was hooked on each one.

In Love is Dead, the trio laid out 13 tracks that carry the same distinct style of layering lyrics about heartbreak, loss, hate and anger under dance-friendly synth beats. Out of the 13 tracks, only three are subdued in terms of melody while the vocals take centre stage. Play any of the other 10 songs at a party or a club and people are bound to start dancing, perhaps with teary eyes (if they listen closely enough).

After all, beneath the feel-good tempo are lyrics that tug a nerve, or ten. It certainly tugged mine. One of my favourite tracks is “Graffiti”, a song about learning the ups and downs of relationships and having different expectations of love. Then there’s of course “Heaven/Hell”, a song about being in a relationship that seems to be going nowhere, in other words, dealing with commitment issues and broken promises. “Graves” is a track that targets the many social issues that are going on in the world, e.g., the immigrant woes in Europe, the misogyny and sexism that Mayberry has personally experienced as a female artist, and how politicians and the 1% all over the world tend to pretend like everything is perfect behind their “castle walls”.

While Chvrches has retained the style and tone for the beats, I noticed that Mayberry actually dials up the strength of her vocals this time around, especially on tracks such as “Forever” and “Heaven/Hell”. This, I have to say, was a very pleasant surprise because while her vocals fit the songs and styles perfectly, I always found it to be a little paper-thin – the meaning of lyrics just don’t get delivered as strongly as they should. This is probably the reason why I never paid attention to the lyrics when I first listened to their album. To the band’s credit, a lot of the songs here sounds like they were tailor-made for Mayberry’s vocals, and it’s really hard to hear anybody else sing them.

Love is Dead doesn’t tug me quite as hard as Every Open Eye, because it was released at the time where I’ve moved on from my breakup. But the tracks are still a great reminder that I’m not the only one who has gone through painful experiences and lived to tell the tale.

Having said that, I’m actually a fan of more of the songs in Love is Dead compared to the previous album. To me, this is a great sign that the trio is constantly evolving and are able to reinvent their dance-friendly sounds while retaining extremely tear-jerking and heart-string-tugging lyrics.

At the end of the day, Love is Dead is a great album to dance or cry to – whichever makes you feel better. For me, it’s the comfort of the lyrics and how relatable they are. This is why this album will be on heavy rotation for me this year. I don’t mind the reminder that sometimes life doesn’t always go the way I want it to.