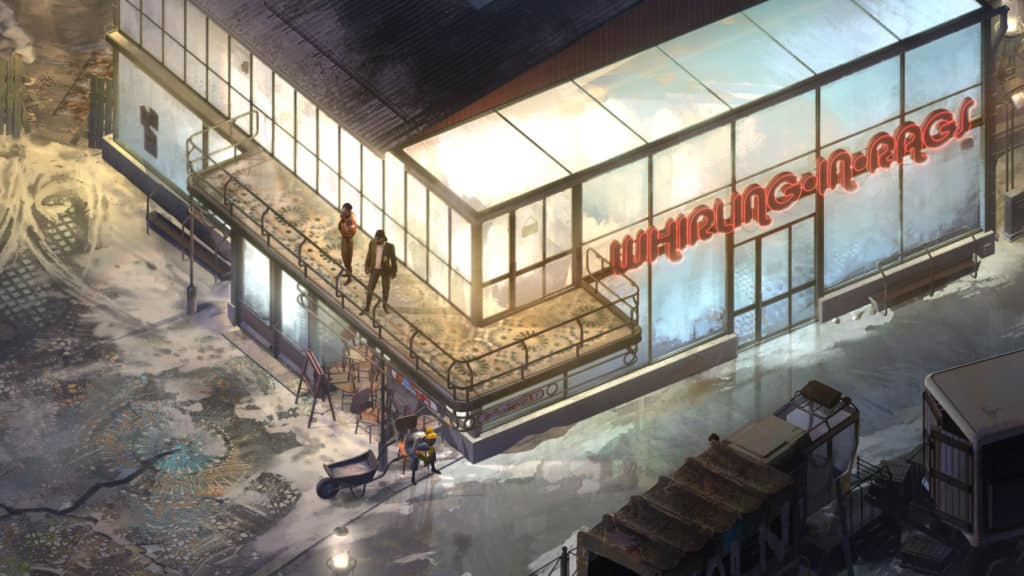 I’m hardly ever a completionist in video games, except when it comes to point-and-click adventure. The backpacks that Peter Parker left all over New York City in Marvel’s Spider-Man? The Rick and Morty legendary gun in Borderlands 3? I could leave them all behind, but no way was I going to let the most insane dialogue choice left unsaid in Monkey Island or Oxenfree. After all, there is nothing to lose and only laughter to gain by uttering them.

Disco Elysium changed that. The world is “alive with real people”, as the studio behind the detective point-and-click adventure, ZA/UM, describes it. The realness extends to even the dialogue. Some replies, when picked, would come back to bite you in the behinds later because words have consequences. The type of responses you tend to make, whether it is apologetic or racist, would also affect the identity and ideals of your character.

This messed with my compulsion to click all the dialogue options. But you know what they say – challenge builds character. Specifically, it builds the character of my in-game protagonist, an amnesiac cop with delusions of superstardom.

Disco Elysium is set in the revolution-torn city of Revachol. A lynching had set the town in turmoil. Nah, everyone in fact went about their business while a corpse hung in the backyard of a local inn. Meanwhile, you wake up in a trashed room of the same inn, remembering nothing. All signs point to you being a drunkard detective from the Revachol Citizens Militia (RCM) – a self-organised peace corps operating “within a legal twilight” – assigned to investigate the lynching. Too bad you lost your memories (or marbles) overnight. Fortunately, another detective, Kim Kitsuragi, had rolled into town to assist you.

With Kim as your partner, you have to figure out the culprits behind the lynching, and along the way, how reality even works (it’s an extreme case of waking up on the wrong end of the bed).

Kim is great (just ask the Internet), but you’re on your own in finding your pants

From the get-go, Disco Elysium is special. It oozes personality. Reeks of it, even. And it is not just the unique oil-painting-like visuals that made city ruins look poetic and melancholic, or the unnerving voices that keep arguing in your protagonist’s head.

It is a murder mystery hung from an old tree, which dizzying tangle of ideological roots had only barren branches of dogmatic spiel to show for it. It is the escapist boots of police procedural role-play boiled in a pot of bubbling geopolitical tension. It is, as the game’s lead writer Robert Kurvitz puts it, “a French cop-show”. It is equal parts bleak and romantic, witty and wrong, fantastic and real. It is, also, very Disco.

An open-world role-playing game, the game promises “unprecedented freedom of choice”. Depending on your point allocation in the myriad of skills, you can choose your interaction style with in-game characters (and a particular mailbox). Yet the outcome of your dialogues and actions are randomised with dice throws, although your odds can be improved by levelling up on specific skills or internalising some of the ‘ideals’ in the ‘Thought Cabinet’.

Disco Elysium is inspired in part by the tabletop role-playing game Dungeons and Dragons and Kurvitz’s 2013 novel Sacred And Terrible Air. Hence, reading is integral to the gameplay. Dialogues can meld into a wall of text after a while, testing one’s fortitude (and brain capacity) to take in the hefty information. Even I, the dialogue junkie, found my eyes glazing over the lengthy explanations on the sociopolitical nuance once in a while.

To the writer’s credit, however, the conversations are not dull. The banters between characters are often funny, outlandish, and endearing. Once in a while, the words break your heart. Other times, they mend it.

No one disappoints Saint Kim! And Lamby!

The game creators are Estonian, and it shows. If political history brewed from a post-communist, Eastern European experience is your cup of tea, then look forward to taking a long drink. But if you’d rather not, there is often an option to skip it.

I’m not a political history buff. But I try not to end any dialogue threads prematurely. Partly because the old habit to exhaust all topics of discussion dies hard. But mostly because it was in the conversations that the world of Disco Elysium becomes bigger, and more human.

The lengthy discussion I shared with the cryptozoologist’s wife on mythical creatures, the short exchange about a song that the washerwoman in the fishing village was singing (I Googled it; it turned out to be the Indonesian lullaby ‘Suliram’), and the quiet conversation with Kim on the swing as we stared at the bleak icy landscape – these are now lodged into my memory, like treasured snapshots from a surreal holiday.

Translation of the washerwoman’s lyrics: “For you are guarded, protected by my love”

But, as mentioned, there were dialogue paths that I did not tread down. I had to refrain from picking things that are merely fun to say, as they may lower my chances at succeeding in a later task, such as getting someone to cooperate with the investigation.

And as a hot mess of a cop with no formal authority, I needed every scrap of cooperation I could get to solve the murder. Such stakes spilled grey over what could have been black-and-white decisions. That included running questionable errands for an organised crime kingpin (or not), enabling the drug habit of a disturbed kid (or not), and singing karaoke (or not). I’m not sure if the last one helped in the case, but I felt every bit like the superstar that my hobo cop thinks he is. Worth it!

Interestingly, not obsessively pursuing every dialogue thread freed me up to immerse in role-play. But the more I tried to step into the green snake-skin shoes of the detective, the more I realised I could not take off my own.

I had in mind to play a communist cop full of inappropriate swagger (I did not have a good reason; it just seems like something I can never be in real life). But I could not bring myself to click on the machismo-fueled responses. I also slid back into apolitical-ness time and again because I wanted to create rapport with the character I was speaking to, thinking that would be the smartest thing to do for the case. In the end, let’s just say that I have always suspected myself to be The World’s Most Laughable Centrist, and now I have the achievement badge to prove it.

I even started dressing sensibly, swapping out the Disco-ready outfit that my character started with for the official RCM coat, clean shirt and trousers, and dull black shoes. These buff my stats, I reasoned. My protagonist’s clothing was so boring at one point that his inner voice had to protest.

I let the Disco die in me. Drugs? Didn’t touch them. Alcohol? Once or twice, but with immense reluctance. Bribes? No thanks, I’m getting by just fine selling plastic recyclables.

In other words, I did everything to ensure that I was a responsible cop just doing a good job. Sure, I was often too poor for indulgence and too sober to function (drugs raise the skill-learning cap), but I did not know if these bribes or substances would jeopardise my endgame success. Despite my risk-averse gameplay, I enjoyed Disco Elysium immensely, which speaks volume to the game’s excellent writing. But, in playing to win, I may have played it too safe – just like I often do in reality.

I found out too late that Disco Elysium’s tagline is “Become a hero or an absolute disaster of a human being”. I strived to be the former, without realising that failing in a game is another way to play it.

Part of me wonders if this was due to my Asian upbringing, in which failure is not an option and mediocrity was merely a habit to be stamped out – I once got a ‘C’ for a subject in school and my parents promptly signed me up for after-school tuition classes of six different subjects. The result is that I am basically a walking Volumetric Shit Compressor (Disco-speak for “getting one’s shit together”). Or maybe it has nothing to do with my upbringing. I just like to win.

But Disco Elysium is built with failure in mind. In an interview, Kurvitz said, “You never lose content because of failing, the content just becomes more miserable – and a lot funnier as well. So yes, in that way failure is also fun.”

In fact, art director Aleksander Rostov recalled the development team’s ‘rallying cry’ to make the game: “We have failed at so many things, let us fail at making a video game!” Of course, this is only funny because the game went on to win Best Narrative, Best Independent Game, Best Role-Playing Game and Fresh Indie Game in The Game Awards 2019.

I am now considering a second play-through, which is something I almost never do. I may still not be able to choose dialogue options that only an ‘absolute disaster of a human being’ would say – those that tout race supremacy or sexism. But perhaps I will start by pairing the Party Dragon’s Silk Robe with the golden pair of Flare Cut Trousers, and let the game teach me how to fail.