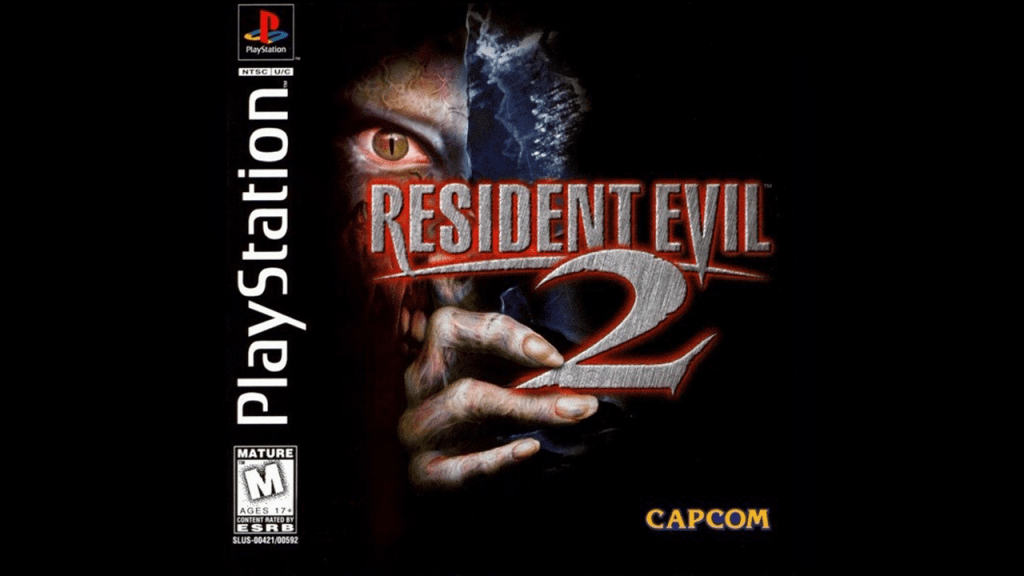 You don’t become an avid gamer without saying that that video games have gotten you through some of life’s rough patches. Sometimes it’s as simple as concluding a tired day with a few cathartic rounds of Counter-Strike. Sometimes it’s the feeling of having done something good, like feeding the animals in Okami. Sometimes it’s finding solace in strangers, like on the dunes of Journey or at the bonfires of Dark Souls.

Sometimes it’s about getting a helping hand in overcoming your childhood terrors. For me, that game is Resident Evil 2 on the Sony PlayStation.

I was a cowardly child, the type that whimpered at creepy crawlies and bawled out at scare pranks. I dreaded nightfall and sleep, because that was when the shadows could move without me noticing, and when my pyjamas-clad self was at his weakest. I couldn’t sleep alone, and I couldn’t sleep in the dark. I fear the gaps between cupboards and wardrobes. I have no monsters under the bed – instead, the ghosts dwelled in the wall between my parent’s bedroom and mine, waiting to snatch me into concrete oblivion.

I’d probably still not go in there without the shotgun

I even begged my brother to keep his True Singapore Ghost Stories books out of the bedroom, because I was afraid that, at night, it would open by itself, and whatever was true about those stories would crawl out.

I’m ashamed to admit that this lasted far longer than it ought to. Where boys aged 10 to 12 couldn’t wait to get their own rooms, I was secretly glad I was still sharing mine with my brother. The best case scenario would be that the monsters got him first while I scream and bolt for the door (sorry, bro).

So there I was, an 11-year old still paralysed at the thought of ghosts and ghouls, who still couldn’t sleep facing a wall.

Then the Sony PlayStation came.

“Someone called for an intervention?”

Resident Evil 2 was a big thing then, so it’s not surprising that my brother ensured we owned it. When he first played it, I watched from behind a pillow. That night, the groans and moans of the zombies clung to my ears, ensuring that I was a zombie next morning.

Then came the school holidays. My father was away on a work trip . I had a lot of time and a game console on my hands, with less parental supervision (my mum didn’t police our gaming as strictly as my dad). So I did the only logical thing – digging through the pile of PS games we have. I picked up RE2.

It was like uncovering the Necronomicon in a bargain bin. The rational thing to do was to set it on fire, or toss it into the annoying neighbour’s yard. But like picking up the Necronomicon, you do the idiotic thing of reading it aloud. I popped Disc A into the PlayStation, and turned it on.

When the “Scenes of Explicit Violence and Gore” screen appeared, I turned it off. 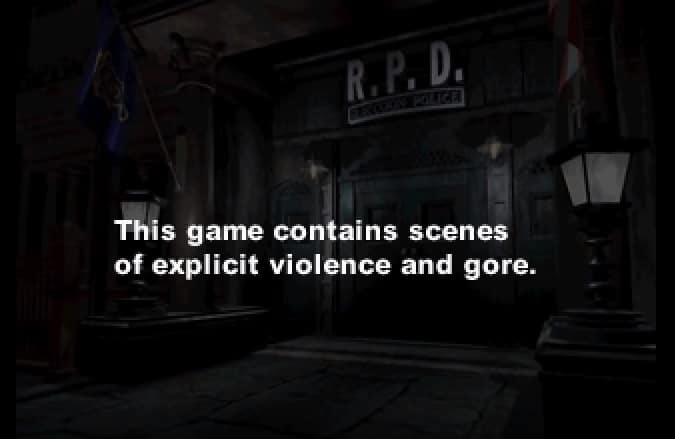 Thanks for the heads up

And then I turned it on again.

Almost instantly,  I watched Leon S. Kennedy get devoured by a crowd of zombies. When I went to bed that night, that scene replayed itself in my head, and I failed to sleep.

A smarter boy would’ve left it there and then, and moved on to other things. But I wasn’t smart, and I had nothing to move on to. The next night, I turned the game on again.

A peculiar routine began. I would try, and fail, to progress within the game. Sometimes I turned the game off whenever a zombie grabbed me. Then, after a few minutes of heavy breathing and shaky fingers, I would turn the game on again. I’d die, and sleep badly, and try again the next night.

I revisited the game almost every night that I could.

I still wonder today why I kept on playing a game that terrified me so. I suppose it’s a combination of fascination, curiosity and a sort of deep-seated need to beat the game – something I feel is testament to the game’s core design, and my own inherent (and nascent) gamer pride.

This is both nightmare and a mockery

RE2 had a fascinating way at making progress feel rewarding. Finally finding that key to open that locked door you passed by a few hours ago feels good, keeping you hooked with that satisfaction of doing something right and rousing your curiosity on what you will find there. Will it be a new weapon? A solution to another puzzle? Or a room full of zombies to exit and never return again (until you absolutely need to)?

While I must confess that I never did manage to finish RE2 (school holiday was over, dad came home, Final Fantasy IX came out), the game marked the end of my jitters. It struck me one night that I no longer feared the wall. I was also more or less okay with sleeping in the dark.

Sometimes the ghosts and ghouls still permeate my headspace before slumber, but somehow I could finally rationalise that it’s all just very silly. The monstrosities in my head were terrifying, but if I have a shotgun and waited until they came closer… 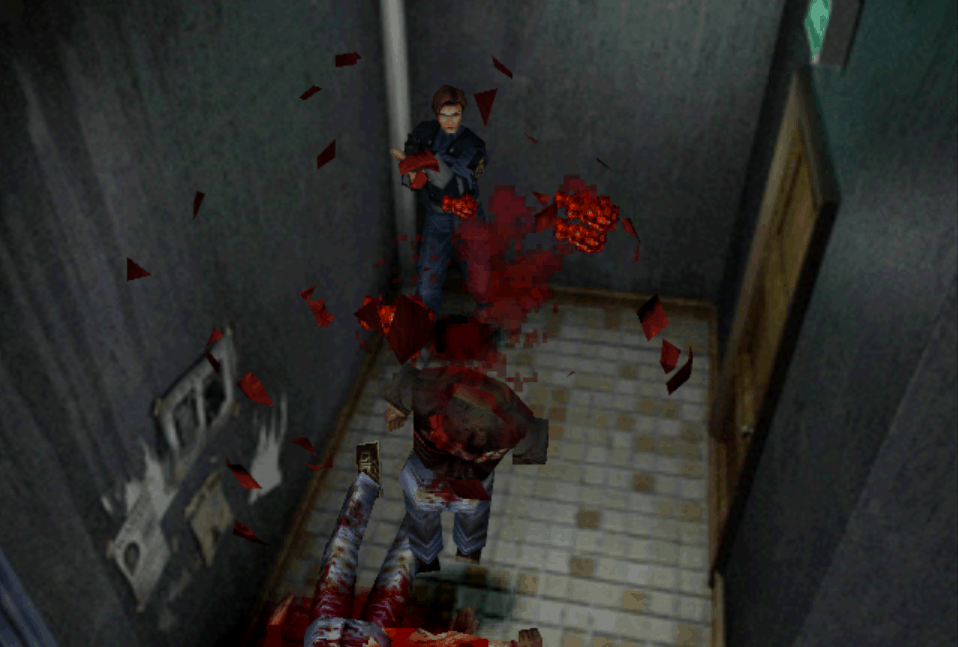 Turns out all I ever needed was a (figurative) boomstick

It’s likely that Resident Evil 2 contributed little to overcoming my childhood terrors. I was, after all, approaching adolescence. But, well, it’s nice to believe that a game about overcoming horrors helped me overcome some of mine, too.

I’ve been trying, as an adult, to understand how the game taught me courage, and I think it boils down to how it balances the right amount of tension and power. RE2, like its predecessor (and the many survival horror games that follow in its stead), makes ammo and healing items scarce while making enemies tough and hard-hitting. This means you’re constantly trying to conserve ammo and avoid combat, and it’s often about juggling between killing enemies to ensure safer passage in an oft-visited area, or risk going into desperate, more dangerous encounters with limited supplies. The game’s infamous tank controls meant that dodging enemies isn’t easy, while the fixed camera angles can obscure ambushes. You’re always tense and vigilant, because there’s no way of telling what the game might throw at you. Not yet, at least

But you’re never truly helpless, or hopeless, in the game. You can always fight your way out of sticky, grotesque, bloody situations if you need to. At the very least, a few careful shots with a pistol can buy you enough time to flee. You also get access to increasingly powerful weapons. While their ammo are even scarcer, they’re still a comfort to carry around as a last-ditch survival tool.

And that was the feeling I had needed to learn as a child. That I’m not entirely hopeless or helpless, the way the monsters in my head made me feel. From there, the notion of ghosts in the walls seemed silly because, hey, I bested Mr. X in a fight. (And Mr. X punches through walls).

It does raise some rather uncomfortable questions, though. Did I, as a child, equated violence as a means to overcome my fears? While avoiding combat is part of the game, RE2 ultimately requires violence to progress. Guns are big part of the Resident Evil franchise, and while my childhood self can revel in how the magnum can pop off the head of zombies like batting tomatoes, my still-not-fully-grown self is still trying to come to terms with the whole thing.

I wish it’s as easy as pointing to that feeling of empowerment, and not violence, as a catalyst to my courage. But there’s no denying that this is empowerment from violence. As a child, I felt braver because the game allowed me to carry a shotgun as the most effective security blanket. Right now, the idea seemed disturbing. And yet I can’t deny its effectiveness. It’s a conundrum that I still have no answers to. 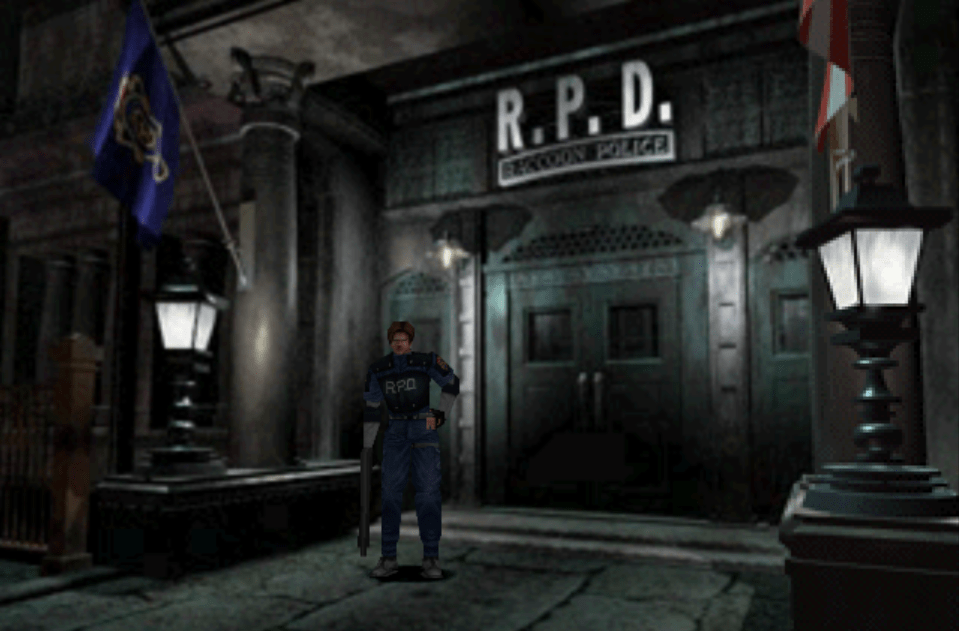 “I’m not going in there without a shotgun, no.”

The long-awaited Resident Evil 2 remake is out now. I’ve played the 1-Shot Demo, and it was an experience in horror both nostalgic and new. Combat is more fluid now, with the tank controls being gone. But the zombies are just as tough, and you’re still forced to decide between fight and flight.

Or maybe he could. Maybe it would help him understand how silly the monsters in his head can be. Or maybe, if it is the present day, I would hope that he discovers Undertale instead – a game that can be scary and creepy, but hilarious and heartwarming, and could be beaten without the need for violence.

In the end, I think, it’s about not letting fear win.

Time for round 2, Leon 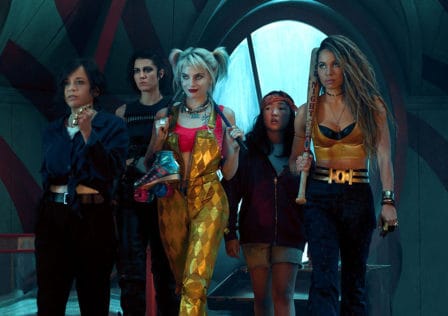