The fulfilling (and positive!) nostalgia of Hi-Score Girl 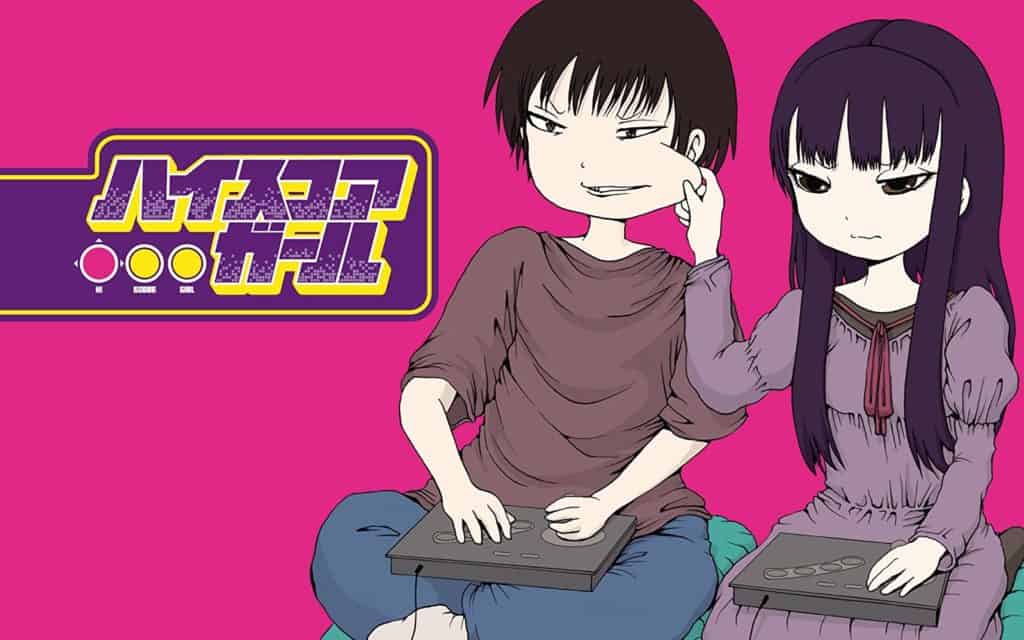 Video game arcades are, to me, exciting and dangerous places. Walking into one has always felt like pushing through the batwing doors in a Western saloon. It’s always loud, and there is always a mix of people – regular folks out for a good time, or rowdy people drunk on the notion that they’re race car champions. Somehow there’s always the one person seemingly whiling away their misery through round after round of King of Fighters ’98.

I’m mostly an at-home gamer, skills honed through controllers and comfortable chairs. At the arcades, people sit awkwardly on low, creaky stools, their bodies attuned to gaming like various martial arts disciplines. The joysticks and buttons. The steering wheels. The dancing machines. The light guns.

But what I love best are the people, and the experiences I have with them. There were  the Daytona USA matches where the boys in my class were all trounced by the girls; or that time my brother and I burned through a stack of tokens to finish The Lost World: Jurassic Park light gun game.

And then there are the experiences with strangers. Those moments of completing Time Crisis 2 with a single credit, aware that a small crowd is building behind. Or trying not to run away screaming when the guy you beat at Tekken 5 comes at you ready to initiate round two, but IRL.

Arcades are places of people, drawn together with at least one single thing in common: video games. They’re loud, messy, sometimes seedy places, but they’re also places of relationships.

So it’s perhaps unsurprising that I’m head-over-heels in love with Hi-Score Girl, a manga-turned-anime series that has captured what video game arcades mean to many of us.

With the exception of Japan, arcades are in decline everywhere. In many ways, Hi-Score Girl weaponises the nostalgia of an era long gone – specifically the 90s video game arcade renaissance of Japan. And nostalgia has proven to be a potent thing that can easily wrench aside any cynicism to pull out the childlike joy in me.

But oftentimes movies and shows that are steeped in nostalgia tend to rely purely on recognition. I may get a kick out of seeing the DeLorean racing across the screen in Ready Player One, but that’s just that – a fleeting moment where my pop-culture cred is given a theme park visit stamp. The nostalgia there, as I’ve written before, feels hollow and vapid.

Hi-Score Girl, however, pushes different buttons. Yes, it’s a show where I get the satisfaction of recognising Final Fight just by sound alone. But it’s also a show that provides a fulfilling sense of nostalgia, where the escapism given isn’t about elevating that pop-culture cred, but about how video games can matter so much in a relationship. In the midst of that, it also manages to find positivity in an art form that has always been steeped in negativity.

Allow me to hit the reset button and start at the beginning.

Hi-Score Girl is a manga series written and illustrated by Rensuke Oshikiri, later adapted into an anime series by J.C Staff that is currently airing on Netflix. The story begins in 1991: the renaissance of arcade gaming. Street Fighter II would just be dominating arcades everywhere, and new, innovative, experimental games would be popping up faster than anyone could pull a quarter circle input.

Caught up in the explosion is young Yaguchi Haruo, a 6th-grader who spends most of his time earning the (self-proclaimed) title of “Beastly Fingers Haruo” in Street Fighter II. His sacred grounds at the local arcades, however, become threatened with the arrival of the rich and aloof honour student Akira Oono, who promptly trashes Haruo in Street Fighter II (using Zangief, no less). Thus begins an unlikely relationship, set amidst the background of Japan’s booming arcade culture.

The central premise — and primary selling point — of Hi-Score Girl is in its accurate depiction of popular and obscure video game titles. Rather than relying on bland-name products to avoid trademark and licensing issues, Hi-Score Girl name drops and visually features games from across Japan’s most recognisable studios. It’s more impressive in the anime adaptation, where actual game footage is lovingly shown on screen.

(If you’re wondering if this is somehow a recipe for a lawsuit, the manga did get pulled off the shelf in 2014 due to IP violations claimed by SNK Playmore. Publication only resumed in 2016, following new agreements between SNK and publisher Square Enix.)

But the heart of the series, however, is the complex relationship between Haruo and Akira. As much as it banks on nostalgia, what really powers the series is the duo’s bond as they try to make sense of their growing feelings towards each other, plus the circumstances that threaten to keep them apart.

The focus on people rather than games is what keeps the series engaging, and what I find more fulfilling than other recent works laden with pop culture easter eggs. It also weaves in gaming into our protagonists’ lives in more personal ways. Haruo’s conscience, for example, is represented by his favourite Street Fighter II character, Guile (who won’t hesitate sending a few Sonic Booms to shake him out of bad situations).

Conflict is often raised, and later resolved, using video games, too. A Darkstalkers match in the middle of the series, for example, is more a battle of feelings rather than pixels. (They’re also presented in the intensity of a shounen anime battle).

What’s also fulfilling about the show, at least for me, is the positivity it brings to an art form that has its fair share of negativity. Gaming culture can be problematic and toxic, and there’s a stereotype that games belong primarily in the domain of men. This is further propagated in the 90s, where games marketing began skewing towards men, thus ensuring more gaming content that are catered towards men, or the idea of what men prefer — violence, gore, masculinity, and objectification of women. It didn’t help that the games industry has a diversity issue — developers are mostly male, with little room for women and people of colour. This has thankfully improved.

Yet toxicity remains, with a subset of loud and petulant men hovering within the culture. There’s also a tendency for the community to gatekeep and define what’s considered a “casual” or “hardcore” game, and what constitutes as a “true gamer”. An argument about games’ difficulty even morphed into a cultural battleground.

Hi-Score Girl, however, upends some of these issues. Most of it has to do with the depiction of Haruo as a character. He can be toxic sometimes and not at all above talking trash and bragging about his gaming prowess. But he’s also a character defined by kindness – his close friend Miyao Kotaro notes as much. He’d spend time at an old convenience store’s arcade cabinet if only to support the elderly owner before it inevitably closes down. Haruo works part-time to fund his gaming obsession, but also gives a chunk of his earnings to his single mother.

One of my favourite sequences is when Haruo first meets Koharu Hidaka, another of his love interests. Hidaka has no experience in gaming. She became interested in a few titles, and asked if Haruo would play them so that she could watch. Haruo says no. “You can’t give up before you start. Try it, and if you can’t do it, let me know. If that’s the case, I’ll jump right in to show you how it’s done,” he tells her.

It’s a simple scene, and serves mostly as a beginning/starting point for Hidaka’s crush on Haruo. But it’s also a scene where a male gamer, who most would define as “hardcore”, didn’t hesitate to encourage an outsider – a female, especially – to try things out herself, even offering help to get her through difficult sections. Haruo isn’t defined by how good he is at video games, but how much he loves them. He wants more players – in an earlier scene, when stuck in a snowstorm with Hidaka, he doesn’t hesitate to treat her to a game of Street Fighter II. “Maybe you’ll find a new interest!” he says. She does.

Hi-Score Girl also has some of the most positive depictions of female gamers, particularly Akira and Hidaka. From the moment we are introduced to her, Akira is portrayed as a gaming prodigy, able to pick up any game and master it with relative ease. Hidaka is also talented, but her prowess is also earned through dedicated practice. They can, and have, defeated Haruo in fighting games.

Hi-Score Girl isn’t without its issues. Parts of the series, especially the midpoint of Season 2, can feel a tad draggy and meandering. There’s also something to be said about Akira being portrayed as an almost silent love interest (she’s as wordless as a Dragon Quest protagonist), which robs her agency a little. Though, to the manga and anime’s credit, the fanservice only revolves around games and not in fetishising the female characters.

Yet Hi-Score Girl remains as one of the most positive uses of nostalgia and gaming in driving its themes and premise. The fantasy of the show isn’t that being good with video games can solve your problems, but that it can be a bridge to worthwhile and important relationships. Gaming skills doesn’t allow Haruo to overcome his conflicts easily – in fact, an episode in the series realistically portrays the consequences of someone who spends too much of his time gaming. Yet his love for gaming is also what sonic-booms him in the right direction.

For that, Hi-Score Girl sits at the top of the nostalgia scoreboard for me.