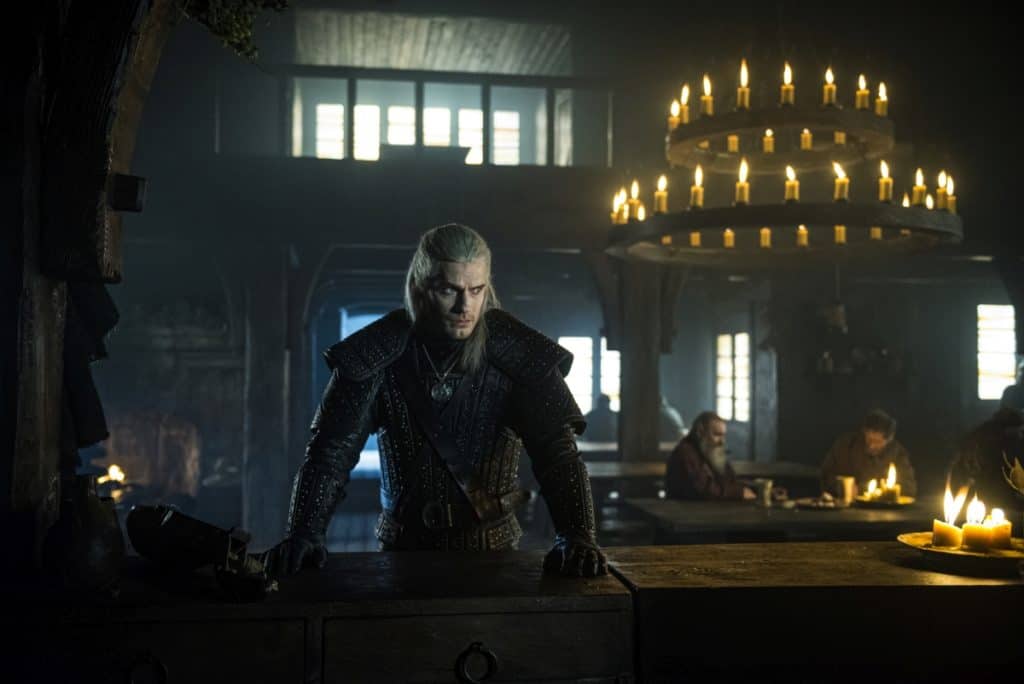 The sun is positioned directly over Geralt’s head. It is midday and he is hiking up a hill on the outskirts of Oxenfurt. On a day like this, it is usually unbearably warm, but there is a blanket of fog and chill in the air.

“Unnatural”, he says to himself.  Yet the silver-haired warrior continues his hike up the hill until he reaches the abandoned manor belonging to a wealthy trader.

As he walks towards the manor doors, he smelled day-old blood from the trio of greedy louts who thought they could do his job — banishing monsters.

“Amateurs. They should have left it to a professional,” scoffs Geralt as he walks past the disembowelled corpses with fear still stuck on their faces.

Just as he steps out from the antechamber into the main hall, he spots the noonwraith hovering above the stairway. She lets out a shriek that echoes through the house and vanishes. A second later, the wraith shrieks again and materialises a foot away from him.

No, that wasn’t a spoiler for Netflix’s The Witcher series — at least, not in the first five press preview episodes I watched. It was one of my many favourite moments jaunting around as the gruff bounty hunter, Geralt of Rivia, in the video game, The Witcher 3: Wild Hunt.

Meet Geralt. I like to believe that, on his off days, he moonlights as an influencer promoting tour packages

The Witcher started out as a series of novels by Polish author Andrzej Sapkowski. It takes place in a fantasy world known as the Continent where humans aren’t the only inhabitants. They live alongside other races and creatures, including elves, halflings, werewolves, vampires and a plethora of other nasty beasties. In such a crowded world, tension can only be cut by a silver or steel sword.

When things go bump in the night or livestock goes missing, Witchers are contracted by the common folk to “solve” the problem. Witchers may look like ordinary people but they are actually mutants trained since childhood to track and kill monsters without prejudice.

One of the most prolific and infamous of Witchers is Geralt of Rivia who, despite being a disbeliever in destiny and hates politics, ends up playing an important role in the fate of the Continent. It is his journey that we follow and ultimately get engrossed in.

The title has since gone on to spawn card games, board games, comic books, and a video game franchise. Now, it’s a Netflix Original series that has just been released and is ready to be binged on.

However, Netflix wasn’t the first to go on a hunt with The Witcher. In 2001, a live-action adaptation called The Hexer was released, followed by a 13-episode TV series in 2002. The 2-hour long movie has a 3.5 out of 10 rating on IMDB, with user reviews ranging from “Yawning boring” to “Handsome and haunting fantasy”, but most reviews skew towards the former.

A scene from The Hexer, which looks like a bad cosplayer.

Netflix has huge draconid leather boots to fill, as they have to please not one but two hardcore groups of fans — those who treat the novels as gospel and the millions who donned the monster-hunting duds of Geralt in the games. I fall into the latter group of fans as I’ve never read the novels, but have played one of the games — The Witcher 3: Wild Hunt.

I spent over 100 hours completing The Witcher 3 and loved every second of it. The world and its various locales were beautiful and alive, teeming with activities of humans, animals and monsters. Quests were unpredictable; there was always a twist to the decisions you made. The developers, CDProjekt RED, really knew how to pull the rug from under my smug ass that has been trained over the years to slash, stab and burn every monster I met.

Hence, I was excited when Netflix announced that they were making the TV series. But my scepticism quickly sank in when Henry Cavill was cast as Geralt. It wasn’t because I felt like Cavill didn’t have the acting chops to pull of a nuanced character —  though I still suffer from nightmares of his digitally removed moustache. I just thought Cavill’s chiselled good looks didn’t quite match his video game counterpart, who was known and beloved for his weathered ruggedness. To me, someone like Mads Mikkelsen or Viggo Mortensen would have been a better fit.

But with just a grunt and a quip from Cavill right at the start of Episode One, and I was sold. It then hit me that I didn’t care so much how Geralt looked. It was his mannerism, sarcasm and dry wit that makes the character so enjoyable.

Witchers go through a painful mutation process known as “the trial of the grasses”, which gives them their heightened senses and physical enhancements. However, it also dampens their emotions, so that things like love and hate will not hinder them when they conduct their duties. Hence, a deadpan delivery is a must, and Cavill nails it right on the head.

Another nice touch from Cavill was to incorporate that same gravelly tone Geralt is known for (thanks to the games’ voice-actor Doug Cockle). In an interview with IGN, Cavill said he put his own take on Geralt’s voice to convey the different facets of the character. He did not disappoint. Despite that raspy (some would say sexy) voice, it is easy to tell the mood Geralt is in, whether he is annoyed, serious or cheeky.

Much of the action scenes in the first five episodes of the series are fast, fluid and visceral — exactly what most fans would expect and want from a well-honed and physically enhanced monster-killing mutant. There are also plenty of beheadings and dismemberments, with gore on par with Game of Thrones and Spartacus.

A departure from the games, however, is the series’ focus on the sorceress Yennefer of Vengerberg (Anya Chalotra) and Princess Cirilla of Cintra (Freya Allan).

While fans lamented the casting of Chalotra as Yennefer due to her age and tanner complexion, which didn’t match the pale-skinned and middle-aged woman in the games, Chalotra pulls off a mean take on Yennefer. She is able to portray the complexity of Yennefer’s sensuality, cunningness and no-nonsense attitude with aplomb. Her origin arc, which isn’t in the games, was actually the most intriguing to me as it showed just how ruthless Yennefer can be.

As for Allan’s Ciri, her arc is a little slow-going for now. But if the series stays true to the books and games, you definitely want to keep an eye on her.

Lesson from Game of Thrones: don’t mess with the innocent-looking ones

Casting aside, one vital thing to me that the series had to include is this message, which I will borrow a quote from Geralt to explain: “Two swords, one of silver, one of steel, one for monsters and one for men. They’re both for monsters.” Why is this important? Because the Witcher takes place in a medieval setting where there are lords and ladies, the filthy rich and the crippling poor, elves and halflings and sentient monsters.

“I can do this all knight”

As per usual with this mix, you will find plenty of injustice like racism, or the rich towering over the downtrodden. In the game, players can choose to ignore these injustices or fight for the weak. You can even choose to forego your bounty by letting the sentient monsters live and chastise or kill the quest giver instead for being the cause of the problem.

I can say that I am happy with what I’ve seen so far, as the Netflix series did not sideline the social commentary. I’ll be even happier if there’s an episode in which Geralt has to deal with rock trolls and speak like a three-year-old.

So, five preview episodes in, I have to admit that I’m itching to watch the rest of Netflix’s The Witcher. It is an entertaining fantasy romp. The actors portray their characters well and the show doesn’t stray too far from the source material. It even takes a bit of inspiration from the games instead of totally ignoring its existence. It’s an ideal combination. Or should I say mutation?