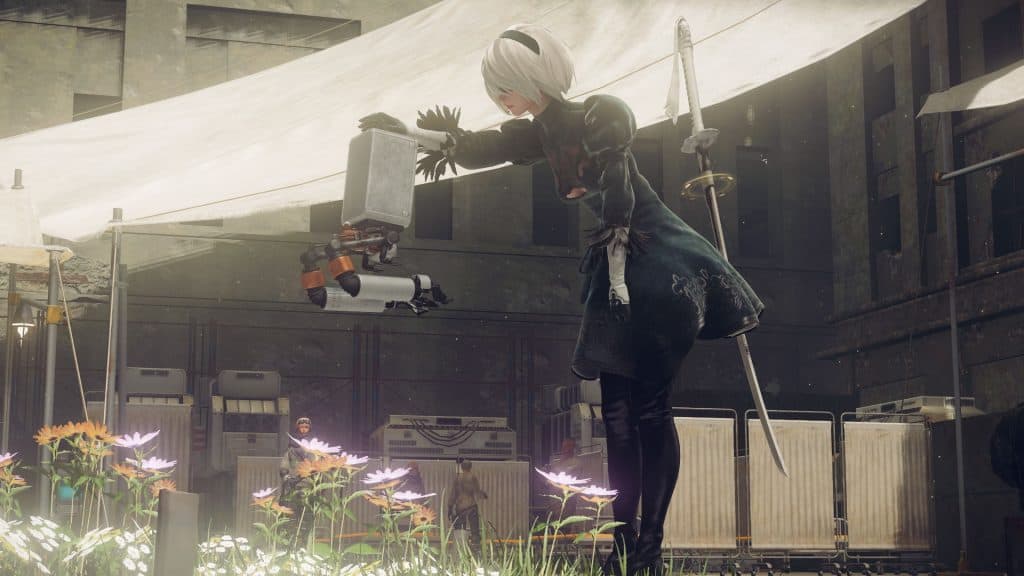 You have to see it to believe it, that a game made for casual gamers can look like this:

Nier: Automata has astounded many with its versatile combat system, mind-blowing plot twists, and philosophical allegories. But what amazed me most was how playable it is for gamers of all levels.

While the action RPG is a cult hit among seasoned gamers, director Yoko Taro made Nier: Automata with beginners in mind. He told Wired in an interview, “I wanted to cater to the casual players who maybe just happened to pick up the game.”

I didn’t expect to be that player. Not knowing much about Nier: Automata when it first came out, and certainly not about its friendliness to beginners, it took just one look at a bullet-hell sequence in the trailer for me to nix the game from my wishlist – a screen filled with deadly things is not where a newbie wants to be.

This post wasn’t filed under “Insufficient XP” for nothing, after all. For those unfamiliar with gaming lingo, ‘XP’ is short for ‘experience points’. I am an inexperienced gamer, having had little exposure to video games when I was a kid, and had picked up gaming at an age when kids are starting to call me “aunty” (#orz). I began an off-and-on relationship with PC and console gaming about four years ago – a journey in which I’m still learning to stop falling off ledges to my death, or running straight at zombies to my death, or walking into walls to my wtf-how-is-this-possible death.

It’s been a lot of fun so far. Games that double as a narrative medium always fascinates me – it spawns the player in the thick of a story and lets her experience it, not merely reading or watching it from the outside.

This is why, despite how daunting the gameplay looked, Nier: Automata still tempted me. The story takes place in the dystopian future, after Earth suffered a crushing extraterrestrial invasion. Humanity has fled to the moon, and left behind an army of androids to battle the aliens’ minions – rotund robots known as ‘machine lifeforms’.

The question is, do you have the heart to hit these cuties?

You first play as the android 2B, then as her partner 9S, and later other characters, experiencing from different perspectives the ultimate quest of ending the war between humans and aliens. Along the way, you encounter unexpected friends, tragic foes, occasional heartbreaks, tangled twists, fatal fishes, screenshot-worthy vistas and (almost unhealthy) doses of existential ponderings.

I’m a sucker for stuff like that. So, bullet-hell be damned. I, as Yoko Taro predicted, picked up Nier: Automata at a local game store on a whim, popped the disc into the PS4, and proceeded to curse my way through the next 10-odd hours in the game.

But, the point is, I survived 10-odd hours. And I would go on to survive about 44 more with significantly less cursing.

It turns out that Nier: Automata can be nearly automatic. This means even the most inept player can traverse the fatally fascinating world without a scratch. In ‘easy mode’, your android character has the option to auto-attack, auto-evade or auto-heal – allowing beginners to whoop any antagonistic asses with their eyes closed.

I chose to play most of the game in ‘Normal’ mode, which means I have to do the actual whooping and ducking. Or rather, I randomly mashed the attack and dodge buttons through 70% of the fights (cue disgusted gasps from ‘serious’ gamers). I don’t take pride in it, but just putting it out there that button-mashing can result in deadly combo chains in this game.

It doesn’t work all the time though. You can’t button-mashed through 9S’ hacking attacks, which is basically a shooter mini-game that requires tactical evasion and precise aiming. While it is often optional (9S is pretty capable at wielding actual weapons), hacking is occasionally necessary to progress in the game.

Of course, there is the option to switch to ‘easy mode’ at any time, turn on auto-attack, and open that can of whoop-ass. Interestingly, the auto mode taught me how to improve my own approach to battles. Watching the AI progress through the hacking mini-game made me revise my ‘strategy’ of madly dashing around to avoid enemies’ bullets. I mimicked the AI’s minimal movements and found myself shooting more accurately while getting hit way less. The assist became less like a crutch and more like a guide.

Despite the world of hurt it dealt on this ham-fisted gamer, Nier: Automata is also pretty forgiving. The nifty lock-on targeting function is a lifesaver for players like me who fail at aiming in chaotic fights. I could also carry a total of 297 healing potions of various potency in my inventory, while a handy shortcut allows for spamming heals in the thick of action (I once ate over 50 meds brawling a boss).

I mean, can you blame me?

Skill, in other words, is not a barrier to the story. And what a story it is. There are 26 endings, and the reason for this is so subjective that it can keep an overthinking player up for nights (here is a spoiler-filled analysis that I really like). It does mean you can game-over with the slightest misstep, so save often!

Out of these endings, five are important to the main plot, with some requiring you to replay the game. In short, Nier: Automata is a long game, and feels like it.

But the tedium has meaning. Nier: Automata deftly uses repetition and character perspectives to peel back the layers of its evocative themes. Through the android protagonists and autonomous machines, the game is a unique exploration of what makes us human. Is it our sand-buried apartments, our procreation, our simulation of living, our appearances, our disappointing kings, our loved ones? Or is it our knowledge (and fear) that one day these will all end as the light leaves our eyes? The player is pummeled by these questions as she dashes through the dreamy desolation, made more haunting by the swelling orchestra in the background.

Don’t expect neat plot threads, though. The rich backstory of the sullen leads, charming side characters and even enemies makes for compelling layers on what is essentially another android vs. aliens dystopia, but can sometimes feel like an info-dump. The world becomes a little too big to digest. The allegories a little too on-the-nose. The twists a little too convoluted.

Yet, along the way, you find snippets of beauty, friendship, sweet little crushes, and humour – small moments that are just big enough for the grey and gritty journey.

When the main story wears on the mind a little too much, the fun side quests provide a welcomed and even necessary respite. Occasionally quirky and mostly bittersweet, these optional errands simultaneously expand the world and endear you to it. I’m the type of gamer who has little patience for inane chores, but I was obsessed with seeing through the side missions in Nier: Automata. Even if it means I had to endure multiple deaths just to babysit/escort a child robot on a treacherous journey home.

Very nice to meetcha too, though you tried to kill me more than once

So, is the game worth playing through to its fifth ending? To avoid giving too much away, I can only put it like this:

In the beginning of the game, 2B asks, “I often think about the god who blessed us with this cryptic puzzle, and wonder if we’ll ever get the chance to kill him.” Well, wouldn’t you like to know? 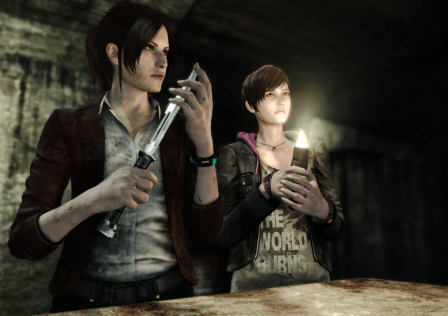