Bad Times at the El Royale looks like a good time 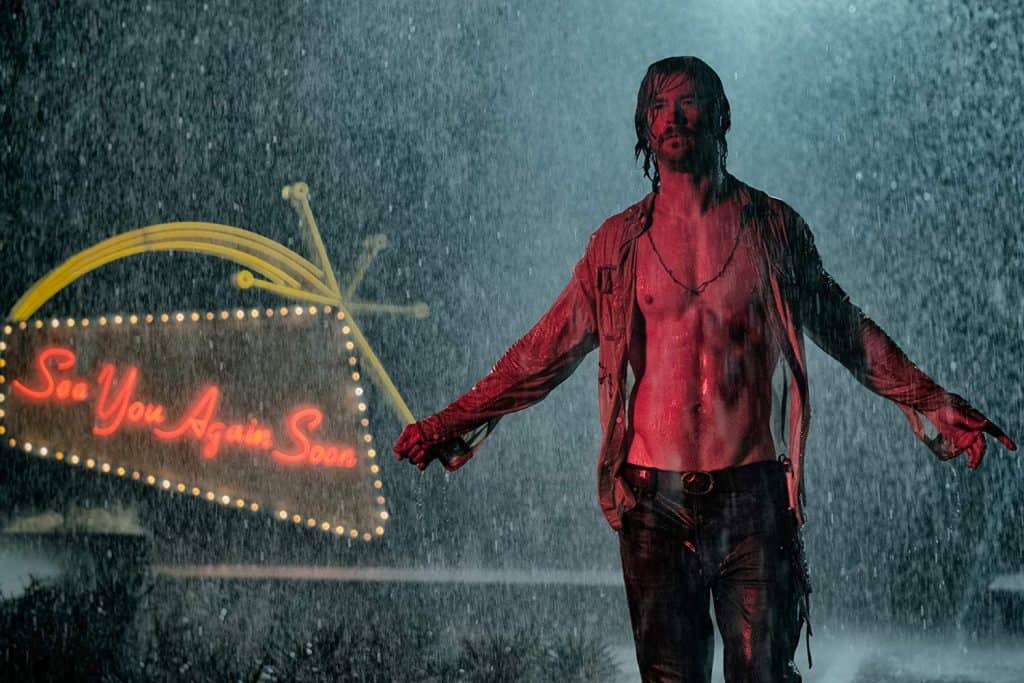 Wait a minute. This isn’t a new trailer! It came out about a month ago! Why are you even talking about this?

Well, some things are like parasites that latch onto the back of your cranium, so that sometimes you wake up and you think, hold on, what was that crazy thing you saw that has a very shirtless Chris Hemsworth possibly being a villain in what’s likely the craziest-looking trailer of the year? And then, you think: right, it’s that Hotel Royale something something. You go Google it, and you’re once again convinced that it’s an absolutely bonkers movie and you might actually be subconsciously obsessed.

And well, since we’ve decided to have a category called On Our Radar, we might as well put this on your radar. Bad Times at the El Royale is about seven strangers with their own devastating secrets, meeting up on one fateful night in one fateful location. Sounds like Quentin Tarantino’s The Hateful Eight, except more neon, though possibly just as bloody.

But what’s most exciting about El Royale is that it’s written and directed by Drew Goddard, the guy who wrote the screenplay to The Martian, World War Z and Cloverfield. He’s also the creator of Netflix’s Daredevil, bless his soul.

All of them are pretty darn good movies (and show), but not as good as Cabin in the Woods, his directorial debut. Cabin is a horror movie about horror movies, a film that is as much about deconstructing horror movie tropes as it is a satire of horror audiences and fans, and the industry that panders to them. It’s both a critique and a love letter to the genre. It’s absolutely mad and brilliant.

Bad Times at the El Royale is slated for an October 5th 2018 release date in the US. For Malaysia, it’ll be October 11th – the same week as First Man, Damien Chazelle’s biopic of Neil Armstrong starring Ryan Gosling. Heck, while you’re at it, might as well put that on your radar as well.