Some movies evolve the more times you watch it. When I first saw The Incredibles, it was a fun, thrilling, touching, exciting action adventure starring a family of superheroes. In my second and third watching, I realised that it is, in some ways, a spy espionage movie in the vein of James Bond, but is also a film about family and drawing strength from each other. In every viewing, the movie adds onto itself, forming layers and contours and splotches that becomes this magnificent thing.

I can’t exactly remember when I realised that The Incredibles is, in some way, about deconstruction and reconstruction. That the movie is set on destroying things so that it can be rebuilt into something a lot more wholesome.

The movie begins with the tearing down of common superhero tropes that arise more specifically during the 50s, an era known as the Silver Age of superheroes. This is when heroes are unwaveringly good and villains have silly ploys and no one questions about the logistics of having super-powered entities leveling city blocks if it means justice will prevail.

Here, Mr Incredible’s incredible life crumbles as superheroes are forced into hiding, due to the spate of lawsuits over the havoc they wreaked in the name of justice. Instead of saving lives, Mr Incredible (aka Bob Parr) dishes out justice through insurance approvals. Life is grey for him now, and not just in the appropriately muted colours of his office and home, but also the mundaneness of it all. Dissatisfied, Bob spends nights listening in on police scanners and doing vigilante work.

In the meantime, he butts head with his wife – former superheroine Elastigirl – over the idea of normalcy and the stunting of their superpowered children’s potential. When a secret organisation offers him a chance to get back into the action, Mr Incredible leaps at the opportunity, only to endanger his family and coming to face-to-face with the supervillain Syndrome, a former avid fan of his.

A superhero who can’t be a superhero poses some very interesting questions. For one, we get to ask if Bob’s heroism is truly altruistic or selfish. Does he serve the people, or does he serve his own pride?

Secondly, it’s a fascinating – and hilarious – exploration of superheroes leading mundane lives. This is best encapsulated in one of my favourite scenes, in which Mr Incredible absentmindedly lifts up a couch for his wife – Helen, aka the amazing Elastigirl – who casually extends her rubbery arms to vacuum underneath.

I wish I’m that handy around the house

This deconstruction and subversion of superhero tropes are peppered around the film. At one point, the villain calls out his own monologuing, not long after the movie discusses the trope. Towards the middle of the film, as Helen and her children maroon on the secret base island to save a captured Bob, she tells her children this line:

“Remember the bad guys on the shows you used to watch on Saturday mornings? Well, these guys aren’t like those guys. They won’t exercise restraint because you are children. They WILL kill you if they get the chance. Do NOT give them that chance.”

It doesn’t just set up the sort of peril the Parr children will have to face, but also a jab at the trope where children are often unharmed and underestimated in movies. True enough, the bad guys in The Incredibles didn’t even hesitate at the idea of killing children.

As The Incredibles take down the foundations of the genre, it’s also building it back, brick by brick. The movie may have raised serious commentary on societal responsibility of superheroes, but it is not so heavy that a rubbery superheroine couldn’t, at will, turn into a parachute.  Or let the youngest Parr run on water.

This is a movie that acknowledges the need for heroes to be realistic but retains the goofy fun that makes supers such a joy to watch.

The wonderful thing about The Incredibles’ deconstruction isn’t just so that it could poke and prod at the innards of the superhero genre, but because it’s equally as embracing of its objective silliness. It’s okay for the film to be fun and cartoony, because being fun and cartoony isn’t wrong or bad – it’s what superheroes are created for in the first place. They’re escapist fantasies that cheer us up when we’re down, and inspire us when we’re downtrodden. But why The Incredibles works so amazingly is because the deconstructive aspects on the first half already endear us to the heroes. They’re not the untouchable paragons that superheroes typically are. They are relatable humans grappling with realistic flaws and frustrations . They win the day not just by overcoming the villain, but overcoming their problems as a family.

It’s a reconstruction with layers. The Incredibles recognises that people no longer accepts the unflinching optimism of the Golden Age of comic books nor digest the silliness of the Silver Age. Superheroes need to be dipped in realism now, where real-world politics matter and power has its consequences. But it also shows that good ol’ heroism always has a place in humanity. This is a movie that acknowledges the need for heroes to be realistic but retains the goofy fun that makes supers such a joy to watch.

It all comes back to Bob Parr. The incredible thing about The Incredibles is that this whole decon-recon switch is his character arc. His life needs to fall apart by his own devices before he could see what’s most important to him. His parts are made up of his family. By the end of the film, they’re all back together, better than ever.

At least until the sequel 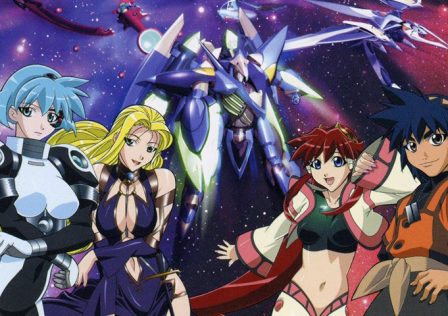