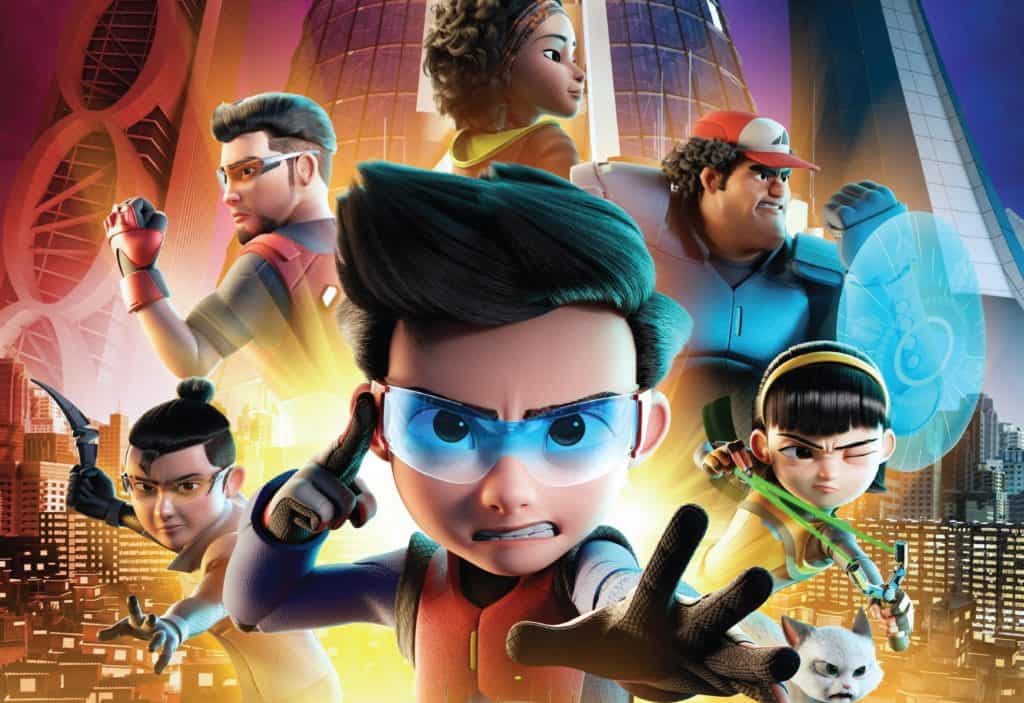 Ejen Ali: The Movie is the most surprising movie of 2019 for me.

This is saying a lot, considering that it’s a year of many animated feature film surprises. 2019 is, after all, the year a Toy Story sequel proves that the franchise can remain introspective; where Angry Birds 2 can effectively chirp gender-positive messaging; and where a series based on Dr Seuss’ Green Eggs and Ham is actually Really Damn Good, you guys.

Then there’s Ejen Ali: The Movie, a Malaysian animated film that surprised me not just by being entertaining, but by actively avoiding every issue I typically have with franchise-based animated features. Movies spun out of existing, ongoing franchises tend to sacrifice good storytelling and character development for fanservice and spectacle — I’ve previously explored this in my review of Boboiboy: The Movie 2, another Malaysian-made feature released this year.

Yet Ejen Ali gracefully somersaulted over these trappings. Here is a film that challenges its protagonist as well as its audience. Here is a film firmly steered by its characters, centering its themes around their conflicts. It risks its ongoing series by ensuring that the actions of the heroes have consequences. And it’s all wrapped up in an entertaining flick with the prerequisite colourful and exhilarating action you’ve come to expect.

In that process, Ejen Ali: The Movie may very well be the best Malaysian movie made this year, and one of my favourites of 2019.

I’ll put on the brakes here for a minute. Ejen Ali is an animated TV series created by Wau Animation, a Malaysian animation studio founded in 2013. The series centres on the titular Ali (voiced by Ida Rahayu Yusoff), who is accidentally synchronised to an intelligent device called the Infinity Retinal Intelligent System (IRIS). It is basically a pair of smart sunglasses, which enables its wearers to perform actions programmed by its computer, turning them into efficient super-agents (plus a few hacking capabilities here and there).

With Ali virtually bonded to the device, the boy is recruited as an agent for the Meta Advance Tactical Agency (MATA), making him a secret protector of the fictional city of Cyberaya. Along with his super-spy exploits are his rambunctious uncle Bakar (Shafiq Isa), the all-around badass Alicia (Noorhayati Maslini Omar), and his cat Comot, who can turn invisible.

By the start of the movie, Ali has already eased into life as a secret agent. Dealing with a nefarious plot that began with the attempted kidnapping of Cyberaya’s mayor Dato’ Othman (Abu Shafian Abd Hamid) is pretty much weekly co-curricular activity, until Ali discovers that MATA has been developing more advanced versions of IRIS – one that can be worn by any other agent – basically rendering him obsolete.

As Ali grapples with this, a mission tangles him with the mysterious Niki (Nabilah Rais), a Robin Hood-like figure who steals tech in order to sustain the slums that exist outside the city’s walls. Discovering this oppressed part of society leads Ali to further question his role in MATA. At the same time, Niki has a connection to an aspect of Ali’s past that may very well overturn everything he knows.

Ejen Ali: The Movie deals with some rather heavy themes – how progress marginalises the less fortunate, and navigating justice in a grey world. It also asks that its characters question power and authority. That’s in itself admirable, but what’s astounding is how it weaves these themes into Ali’s own personal conflicts.

Ali choosing to secretly aid a neglected part of society is as much him fighting back his obsolescence as he is doing what he considers just. But is an act of crime — robbing the privileged for the destitute — truly the right thing to do? How do you strike that balance?

Challenging Ali this way means that our hero’s biggest obstacle isn’t just a villain he has to out-punch, but systems and ideals that he needs to overcome – not just by himself, but with the help of others. When he does eventually face the Big Bad of the movie, it’s no longer a battle of who’s strongest, but a battle of convictions. The result is an absorbing movie, even if it’s on the shallower end of the political and philosophical pool.

That’s not to say that the action sequences are lacking – most are flashy, inventive and staged impeccably (especially some creative reimagining of gasing as weapons). But the true strength of Ejen Ali: The Movie is knowing when to slow down. Between the fights are scenes of genuine character interaction, allowing our heroes to talk and ruminate, or have their decisions challenged – done without the interruption of gags.

There’s also a deliberateness to the pacing of the animation, more inclined towards subtle movements and expressions during the film’s quiet moments. The large, expressive eyes also help, and – in the case of Ali – important thematically. Eyes are the main motif of the film (the series too, arguably) – Ali wears IRIS over his eyes, and he serves MATA (the Malay spelling for eye). His primary arc is having his eyes “opened” to several truths, and one of his struggles involves relying on IRIS’ Override Mode (indicated by whiting out Ali’s eyes), which makes him stronger but robbing him of control and conscience – an allegory on how strength can blind. In case the motif isn’t more obvious, one of the movie’s theme song is titled “Bukalah Matamu” (Open your Eyes).

There are other things to love about Ejen Ali: The Movie. It’s a movie with a diverse set of characters, both in gender and ethnicity — a truly colourful cast, and very much representative of Malaysian diversity. One sequence set in a mamak restaurant is a hoot. And I can’t remember the last time I watched something with such a large group of female characters that are endearing, smart and nurturing, portrayed as powerful and capable of having fun while kicking ass.

Niki is a particularly intriguing addition to the cast – the rare older woman shown to be a competent and caring leader whose arc is just as central to the story as Ali’s. She moves confidently and fights ferociously. She’s a joy to watch.

I won’t go as far as to call Ejen Ali: The Movie revolutionary. Does it have a good answer to the systemic problems presented in the movie? Not entirely. I also wished that the movie didn’t have to rely on violence to solve most of its problems, but that’s a common thing all superhero movies grapple with.

Ultimately, this is a movie about responsible progress, and that actions have consequences. Malaysia is currently at the cusp of a technological revolution, with the creative industry — and, by extension, the partly-government-backed movie itself — being part of the country’s march towards a tech-focused industry. In a way, it’s a relevant film.

The greatest achievement of the movie, I would say, is that it got me interested enough to catch the TV series (it’s available on Netflix). That never happens. I suppose it opened my eyes. And, as Malaysia’s animation industry keeps growing, I hope it opens theirs, too, on the importance of telling stories that matter.