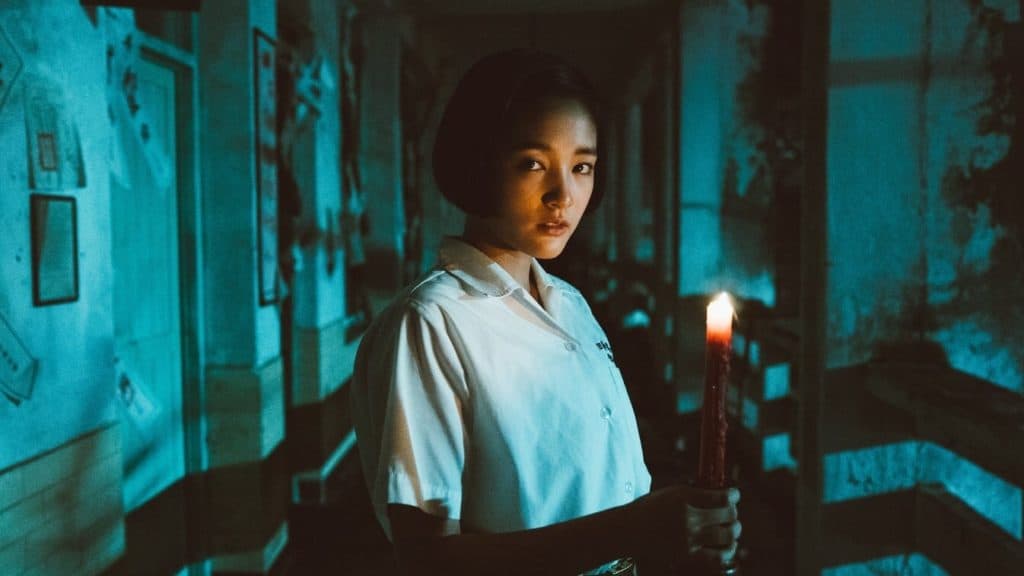 Good horror inherently understands the importance of helplessness. The cast in Alien, for instance, can’t just be a scrappy crew in a commercial tug spaceship – they have to be ill-equipped and ill-prepared against a phallic creature of abject doom (then again, who can ever be?). The ghosts in movies like The Conjuring have to appear omnipresent and nigh-unstoppable, at least until the third act.

Helplessness is important because, at its core, it’s an easy way to inject fear and discomfort. But it’s also an opportunity for catharsis, especially when the initially-destitute protagonist gets to turn the tables and vanquish their (literal and metaphorical) monsters.

In this perspective, I can’t think of a better entity to conjure as much helplessness as an authoritarian state. What hope can a single person have against conquering something as immense and ubiquitous as an all-powerful, merciless government?

If anything, Detention understands that. Adapted from the best-selling, critically-acclaimed video game by Red Candle Games, Detention’s true horror lies not in its warped, grotesque setting (a nightmarish school) or the monster that stalks our protagonists, but the helplessness against a totalitarian system. More than that, it gets that oppressive systems don’t allow people to be people – to make mistakes and grieve and heal.

In that sense, the movie is probably the truest adaptation of a video game – at least thematically. The plot follows closely, too. It is 1962 Taiwan, a period of martial law known as The White Terror, when free speech was restricted, where military presence permeates public schools, and where eyes are everywhere, ready to catch any whiff of wrongdoing.

Our protagonists are high-school students Fang Ray-Shin and Wei Chung-Ting, who wake up in a hellish version of their school. The roads out are flooded, the classrooms decrepit and empty. Monsters patrol the school. Our protagonists have no idea how they got there and why they seem to be the only humans around, but perhaps this has something to do with the forbidden book club that one of them is a member of.

What follows is a tale of self-revelations, guilt and the suffocating grip of a regime operating through (and under) paranoia. While the movie hews closely to the game, the approach is vastly different. The game is a slower burn, more inclined towards first thrusting the players into its tense and terrifying world before slowly unearthing the real underlying horror of 1960s Taiwan.

In contrast, Detention the movie is more overt, almost aggressively so. The opening titles clearly indicate the oppressive situation we’re in, with the subtlety of the games cast out in favour of transparent metaphors (the monsters, for instance, wear Kuomintang uniforms).

Fans of the game may find the explicitness disappointing. I know I was, but being so direct with its themes creates a different experience altogether. It feels like an angry movie, as though director John Hsu sees more urgency with telling things as directly and as clear-cut as possible, with the weight of the subject matter not warranting any dallying. Your mileage may vary on this one – I’m convinced that the game is better at encapsulating the fears of a cruel period, but the movie may be better at hammering down its themes with its straight-forwardness.

Regardless, Detention may very well be a landmark Taiwanese film, as well as an important one.  Where movies about problematic time periods may shy from being so honest with its transgressions, Detention openly depicts the inhumanity of its oppressors.

More importantly, it asks that people remember how nightmarish authoritarianism can be. It’s a reminder that fear can affect people in significant ways – it can birth tyrannical regimes, and it can turn people into monsters themselves. The film feels almost timely – it was released in September 2019, with Taiwan preparing for their 2020 elections. Taiwan-China cross-straits relations is one of the contentions between the incumbent Democratic Progressive Party (DPP) and the Kuomintang, and one wonders if the movie’s hard stance against authoritarianism feels like a reaction towards the 2019 Hong Kong protests.

At any rate, director John Hsu may not have such political inclinations in making the film. In an interview with Taipei Times, he says:  “My stance is very simple. As a loyal player of this game, what I wanted to do most was to introduce the story featured in the game to more people.

“However, I also wanted to avoid scaring away audiences because of the historical background. What I could do was to try my best to restore the historical landscape, and to strike a balance between history and the game.”

I would say that a certain balance has indeed been struck, though the actual scares in the movie are, in my opinion, rather scarce. The movie works best when it uses creepy and unsettling images (mostly lifted from the game) that are staged with practical effects. When it relies on CG, however, the effect comes off as stilted and rather goofy.

I also lament the lack of religious elements from Taiwanese/Chinese mythology in the movie, which is part of the core identity of the game. I suspect its omission is to avoid diluting the message of the movie – the monsters in the game are ghosts and ghouls, after all – but the Chinese myths in the game have a subtext that deepens the characterisation of one of the protagonists. It feels like a missed opportunity.

But Detention, most importantly, thematically stays true to the spirit of the game. I’ll go as far as calling it the best video game adaptation to date. It’s not the truest vision of the game, but the end point is the same – that there was once a period in a country’s history that is more horrifying than any ghosts or ghouls. And if we let it fade in history, they’ll endlessly haunt us.