The Angry Birds Movie 2 is still lousy with gags, but it also surprisingly levelled up | Review 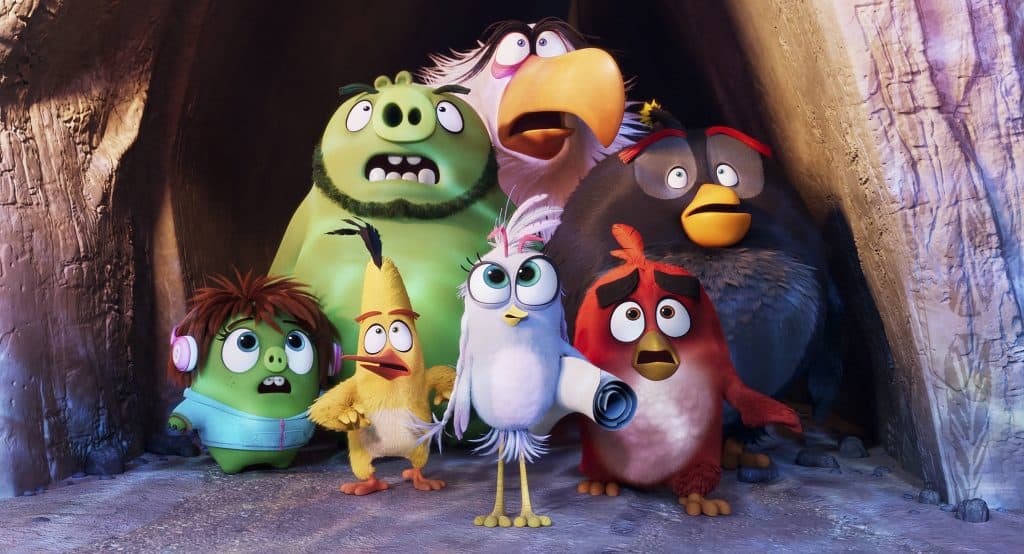 The first Angry Birds movie was like that friend whose sole existence is to pitch toilet humour and innuendoes (with terrible aim), take nothing seriously, and just generally annoy the heck out of you. At the end of that 97-minute hangout sesh, you are desperate for an anger management class yourself.

That friend is back. He’s still the feather-ruffling goofball who can’t go two minutes without frantically tossing out jokes. Except this time he is also carrying a message, which — to everyone’s surprise — he delivers.

Why this matters is because video game movies have tended to suck, and the one that is breaking this curse is based on a washed-up mobile game involving hurling flightless birds at green pigs.

Some clarification is due: contrary to popular assumption, the scores on Rotten Tomatoes are not the actual ‘grade’ that a movie gets. Rotten Tomatoes doesn’t rate movies, but aggregates film critics’ reviews. In other words, the score is the percentage of professional reviews that are positive.

But this is still the highest any video game adaptation has soared. The first Angry Birds movie in 2016 scored only 44%. The recent earnest but flawed Detective Pikachu (2019) sat at a respectable 68%, while Tomb Raider (2018) got 52% for its troubles.

Our faces when we saw the Rotten Tomatoes score

Angry Birds 2 opens gorgeously to the denizens of Bird Island living the idyllic life, having adopted their greatest weapon – the slingshot – into an effective mode of transportation. It’s almost hard to tell that the island is actually one of two warring states, the other being Pig Island. The two factions are locked in political strife, which is to say the Bird Island leader, Red (Jason Sudeikis) constantly pranks Pig Island’s chief, Leonard (Bill Hader), who’d return the favour.

However, giant ice cannons started hitting both islands. The destruction is courtesy of Zeta (Leslie Jones), the brilliant and maniacal queen of the frozen, desolate, and heretofore unknown Eagle Island. She is determined to destroy the peaceful lives of both Bird and Pig Island and take over the tropical paradises for herself.

Pig Island is eager for a ceasefire with Bird Island, but Red resists, worrying that he’d be obsolete and lonely again when there is no war for him to lead. Yet, the escalating threat forces Red and Leonard to put together a shaky team of birds and pigs to save their homes. Cue bickering, farcical gadgets, and literal toilet humour (which actually made me laugh, but to my defense, the build up to it was pretty solid).

With the tagline “Frenemies Unite”, you’d think that the movie has a friction-turned-friendship focus. But this is rendered as a side-plot; the real meat is, instead, the exploration of Red’s egotistical display and strongman leadership – a manifestation of his insecurities – that create more problems than he solved.

One of the team members, Silver (voiced by the crazy-amazing-ex-girlfriend Rachel Bloom), is obviously the better leader. The movie makes it clear that everyone in the team except Red thinks that. A physically and mentally superior engineer, the female bird has the foresight and flexibility to plan for every situation, and executes her strategies with quick thinking and precision. Red, who thinks of himself as the de-facto leader of the team, brushes her off and inevitably foils her well-laid plans. But Silver remains patient (sometimes infuriatingly so), cleaning up Red’s mess and improvising despite his man-child antics.

The movie does not glorify Silver as the team saviour – it merely shows that they work better together when someone who knows what she’s doing is in charge. Each team member still has to pull their weight and rely on each other to get out of binds. It’s not a groundbreaking feminist message, but for a sequel based on a narratively-stunted franchise, its gender-equal portrayals are refreshingly consistent.

Many movies have a common problem – the strong female does all the (useful) work and, in the end, the male protagonist swoops in for a Big Damn Hero moment and gets all the credit (think MCU’s first Antman and The Lego Movie). Or that a female villain, with her big brains and bigger ambitions, is merely driven by heartbreak. Angry Bird 2 comes dangerously close to these lazy tropes, but always ends up subverting it and calling (or cawing?) it out.

It’s also the little details that extracted a small smile from this jaded cynic. The diamond engagement ring on a male bird given by a female bird, the stay-at-home dad whose wife is working the fields – these moments are fleeting but prominent on screen, and it is precisely the nonchalant portrayal that is powerful in normalising these gender role shakeups.

Overall, the relentless jokes (including that random rescue mission of three hatchlings played for laughs and aww) killed the pacing and fell flat for me. My fellow audience in the cinema may disagree, however – many of them were howling with laughter throughout the show. But what landed beautifully was the movie’s ability to follow through with its message.

Angry Birds 2 is still a fun, if rather forgettable, show for the family. It’s like that goofball friend – you wouldn’t trust him for profound journeys, but you can probably rely on him to keep your kids entertained, at least for an hour and a half. With a side of progressive gender portrayal.