A Simple Favour, but no simple feat | Review 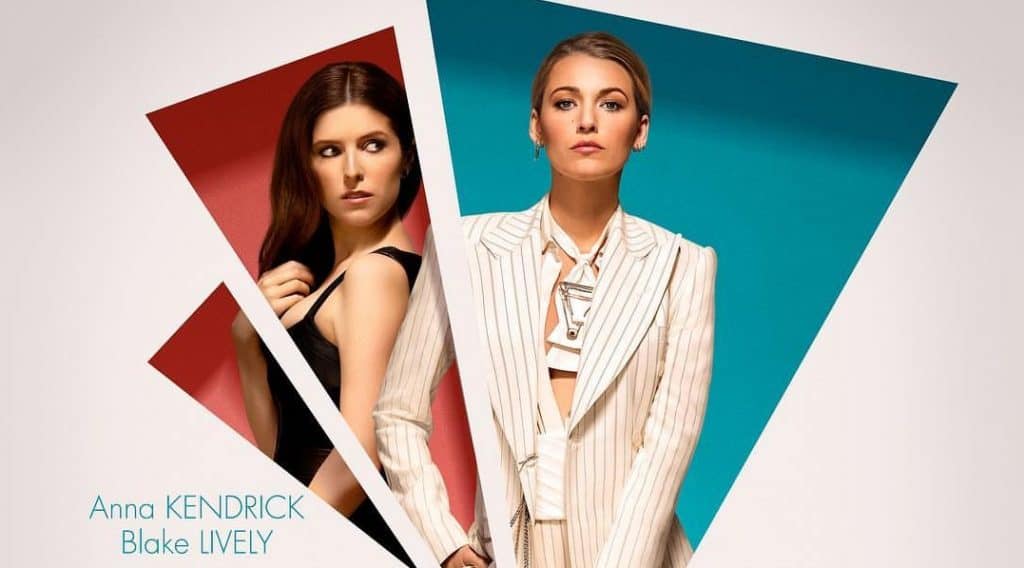 A quick glance through Feig’s filmography will reveal that he’s in the business of making genre films, albeit genre films leaning much more heavily towards the comedy end of the scale. With the exception of perhaps Bridesmaids, Feig’s films asks that you come for the humour and stay for the buddy cop action (The Heat), spy espionage (Spy) or sci-fi (the 2016 Ghostbusters, though it’s a pretty big, ectoplasmic-filled stretch).

Stephanie Smothers (Anna Kendrick) is a single mother with all the positivity of the entire My Little Pony cast, running a “mommy vlog” teaching crafts, recipes and home remedies. As the movie begins, she recounts the disappearance of her best friend Emily Nelson (Blake Lively), whom she had actually just met. Emily is the complete opposite of Stephanie, a career woman who dresses in poise (and misleading layers, foreshadowing her character) and administers curses with surgical precision. They bond over after-school martinis, in Emily’s lavish house co-inhabited by her charming and attractive writer husband, Sean Townsend (Henry Golding).

Emily had called Stephanie for “a simple favour” to help pick up her son before vanishing, prompting a police search. Not willing to merely sit still, Stephanie rolls up her sleeves and embarks on some detective work on her own. As expected of such films, things started getting highly suspect. Who is Emily, really? Is Sean truly all he seems? The bucket of twists and surprises keeps filling with good pace and attention, before spilling over satisfyingly.

Maybe Stephanie’s not all that she seems, too

I can’t recall the last time a mystery thriller so deftly balances the serious with the comedy without going into parody territories. It’s not meant to be taken seriously, nor does it take for granted the efforts needed to keep its audiences invested. It’s a subtle juggling act that’s worth applauding.

There’s no storytelling novelty here ala Searching nor is it a critique of media and relationships by way of Gone Girl – Favour isn’t interested in any of those – but it’s not devoid of interesting commentary, particularly in motherhood and the way society expects women to live and behave.

Like his previous movies, Feig anchors his film with his female leads, but Kendrick’s Stephanie and Lively’s Emily have to be his most interesting yet. Both are women belying their own appearances. Stephanie may be as chipper as a sugar-infused Anna Kendrick could ever be, but could she be sugar-coating herself? And beneath Emily’s cold, confident, controlling exterior lies a complicated, contradicting person that Stephanie eventually uncovers. Both are played to perfection by their respective actors, in particular Lively, who may be having the most fun on set.

I don’t think even Gene Kelly can top this coolness

If there’s a nitpick to be had here, I’d direct it towards the less-inspiring way the film is shot. It’s mostly simple and solid, but outside of its French-noir-inspired opening credits, the film’s restrained filmmaking only serves to highlight Feig’s limitations as a visual storyteller. But that’s not his strength. His strength is in letting charismatic, entertaining women work off each other, letting them dance on our hearts and funnybones. And, as the film progresses, I find myself intrigued by the enigma of Emily and rooting for Stephanie as she breaks out of her timid self and goes into full detective mode.

Henry Golding also holds up well here, which is good news for Crazy Rich Asian fans wondering if he’ll ever progress beyond that franchise (or, well, maybe a duology). As Sean, he’s arresting and easy to like, but as the film unfolds, slowly becomes just as easy to hate. He’s not a great actor yet, but his screen presence is welcoming. Plus, he gets to be a lot more versatile with emotions here.

A good mystery is always nice. A good mystery that almost effortlessly balances the laughs and the creepy and the slapstick and the serious? That’s no simple feat.