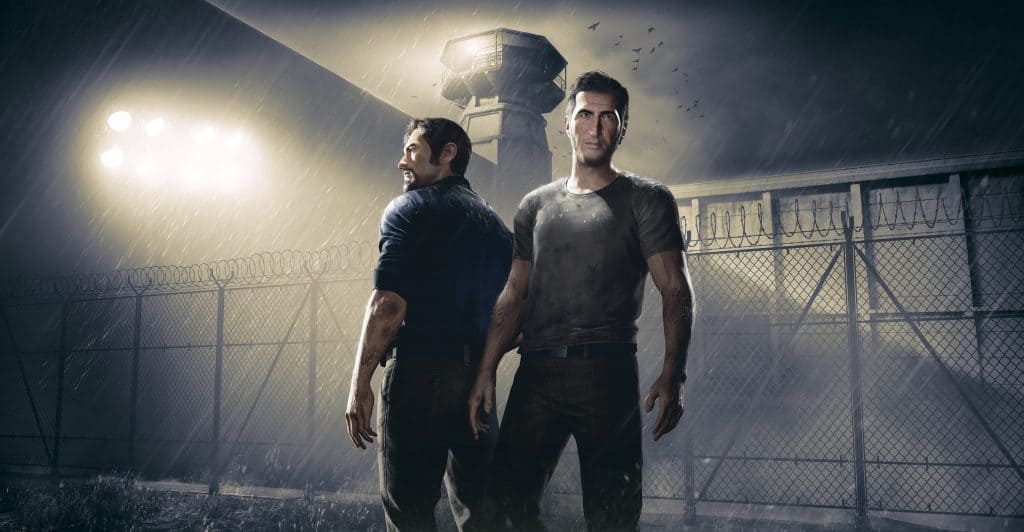 A Way Out is an exploration of selfishness (and selfnessness)

The most interesting games, to me, are the ones that allow us to surprise ourselves. They offer moments of introspection; opportunities for us to glance beyond the veiled mirror and, perhaps, see parts of ourselves that may astonish us.

Games can do this in a myriad of ways. In Telltale Games’ The Walking Dead series, you’re often forced to make difficult decisions in brief windows of time, with unpredictable consequences that haunt you throughout the game. In wartime survival game This War of Mine and fantasy capitalist simulator Darkest Dungeon, the easiest path to victory is often the most morally dubious one.

And then there’s A Way Out, a game developed Hazelight Studios and directed by (the weird and wonderful) Josef Fares, which becomes an unlikely exploration of something I rarely think about when playing video games – selfishness.

You can say that I’m reading too much into A Way Out, a game which – by all accounts and appearance – is a fairly simple, linear action adventure with the notable gimmick of only being playable cooperatively. You can’t start or finish the game alone, and there’s even a nifty feature to play online with a friend with only one copy of the game. The game requires you to communicate and discuss and argue as you help each other through stealth, action and puzzle sections. It is novel, undoubtedly, and an enjoyable cooperative experience in its own right, but hardly an exploration of our self-serving tendencies. Until, at least, the ending of the game.

Criminal amount of spoilers ahead!

A Way Out centres on Vincent Moretti and Leo Caruso, two unlikely people forced to work together in order to break out of prison and, later, confront the man that wronged them. They contrast and complement each other – Vincent is calmer and smarter, while Leo is brash but strong. They bond over the roughly six-hour experience, and as players, so would you and your co-op partner.

On the left, Leo the Sideburns King. On the right, Vincent of the Pornstache

The final section of the game, however, drops a two-tonne napalm bomb of a surprise. As it turns out, Vincent is an undercover cop all along, manipulating Leo for his own personal gains. The game shifts dramatically from cooperative to competitive, culminating into a tense shootout that devolves into an all-out brawl. In the end, the player that does better will kill the other, and the game ends.

It’s a cruel, yet brilliant, subversion of player expectation. Narratively, each character has his reason to come out alive. Through a series of cut-scenes and some of the game’s more wonderfully quiet moments of exploration, you’ll come to learn a lot about both characters. Both are flawed but sympathetic people – Vincent may be a backstabbing, manipulative bastard, but his actions are fuelled by revenge for his brother, and he is constantly constricted by guilt towards his pregnant wife and unborn child. Leo is a murderous, violent criminal, but is a product of an uncaring society and is fiercely devoted to his wife and son. Through the game’s dynamic splitscreen mechanic, both players would come to learn of each character’s motivation and fears.

The quiet moments in the game allows the characters to introspect, too

The game drives this emotional aspect deep and hard. In the final brawl, each punch the characters land on each other would trigger flashbacks to their own personal stakes – their future with their families. The game’s user interface gets in on it, too – initiating a punch requires the player to hold the right trigger button (R2 on the PS4, RT on Xbox) until a circle fills up. Throughout the game, the same trigger is what players primarily use help one another. It’s the button of friendship. Now, it’s the button for tearing each other apart.

You’re meant to feel bad, yet relieved, that you have to kill another person in order to obtain a happy ending. But I feel that the bigger subversion here is how the game taps into an innate aspect of most gamers – a desire to win.

Most games are designed to be competitive in some way. Even cooperative games can have competitive elements – some game have stats that track each player’s kill-death ratio (Left 4 Dead), while some actively encourage players to compete as they cooperate by rewarding the best or fastest player in the group (Super Mario 3D World). It adds to the fun, ultimately, and a bunch of good laughs.

A Way Out baked in this aspect through a number of mini-games that can be played during the campaign, and they’re often simple and silly. There is, for instance, an arm wrestling game that requires both players to test their might at mashing buttons, while a strange wheelchair balancing game rewards the player with better control.

This all culminates into the final shootout, where it essentially becomes a split-screen competitive shooter the likes of Goldeneye 64. If you’ve cultivated a competitive streak throughout the game’s several mini-games, this is the final chance to come out on top.

And here is where I surprised myself. Confession: I am, perhaps, one of the most competitive person within my social circle. I have little mercy in games, often ready to crush friends in Monopoly (and Politiko, for Malaysians lucky enough to know the card game) and not above spamming Hadouken to win. I’m always the first to sabotage otherwise amicable games, throwing wrenches into diplomatic plans and instigating hostile takeovers. It’s not so much about the desire to win – games, I feel, are most fun and interesting when everyone goes all out for victory .

I’m the same for the most of A Way Out. For every mini-game, I won’t stop until I top my partner’s high score. I play each mini-game to win. For all intents and purposes, the final shootout was designed for me to assert my video game dominance.

Except I didn’t. I couldn’t. If the game gave me an option to skip the fight, I would. In that one moment, I made the conscious choice to lose.

It’s like fighting the programming, standing up against the developers to make the choice that I want.

I’ve pondered the reason behind this ‘altruism’ long after completing the game. It could be that, for the first time, the digital character I was shooting back was a little more than just pixels and programming, but a person with his own motivation, further compounded by the fact that he is controlled by another human being. I’m not just fighting a game character, but someone that I’ve bonded with throughout the past six hours. It could be that, playing as Vincent, I felt genuine guilt for the betrayal.

It was several reasons, but what surprised me is that it all drove me towards a decision to be a little bit less selfish, and a little bit more selfless.

Perhaps the game would’ve benefited by allowing both players to choose an option to not fight, but I feel that by forcing a life-or-death situation ultimately drives the players to make a conscious decision beyond the designation of the game. It’s like fighting the programming, standing up against the developers to make the choice that I want – in the process, possibly standing up against the innate competitiveness of video games.

And if both players refuse to fight, leading to a stalemate, then the next self-sacrificing decision is who would want to shoulder the guilt of killing the other character in order to progress the game. Or, perhaps, the best decision is to turn the game off. That’s a choice, too.

Maybe the other player doesn’t feel the same. Maybe he or she would be willing to win. And well, that’s a reflection of who they are, too.

Life’s much better when we’ve got each others’ back

Could this be intentional by the game devs and Josef Fares? One can’t tell. I can’t say that I’ll do the same if, in real life, I arrive at a crossroads between choosing my own life or another. The stakes are very different, after all.

But, for once, I made a conscious choice to not win. A Way Out is not a game about winning, after all. It’s about cooperation, and friendship, and bonds. In that sense, making the choice to lose is a win. Maybe it’s a victory against myself.

And that’s beautiful, in its own surprising way.