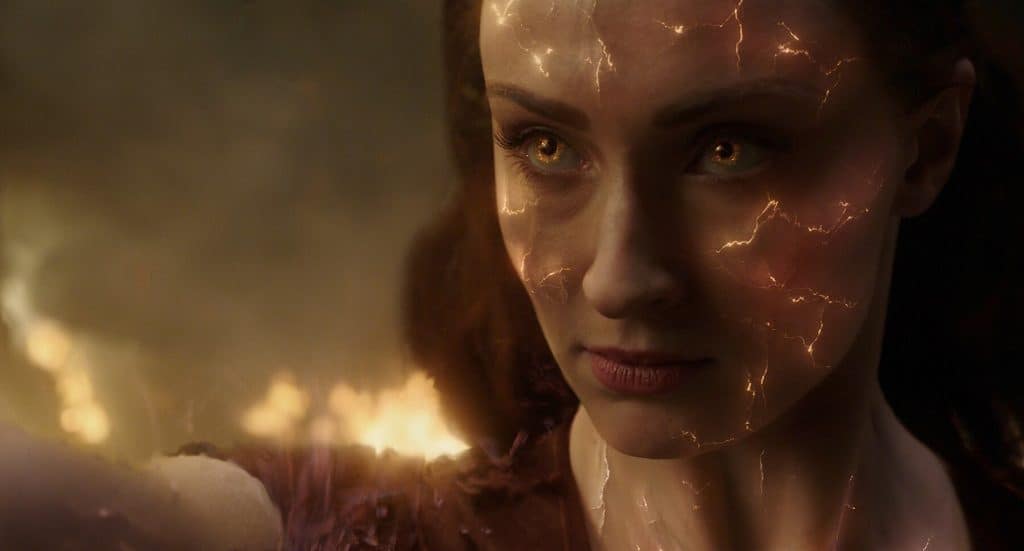 Dark Phoenix: How the X-Men franchise screwed over Jean Grey

When I heard that the final film in the X-Men franchise would revolve around the character of Dark Phoenix, I was puzzled. Didn’t she have an entire film devoted to her character arc in X-Men: The Last Stand (XTLS) in 2006?

Apparently, writer-director Simon Kinberg wants to redeem himself after screwing up the story in XTLS by rebooting a character he has admitted is his favourite. As the co-writer for XTLS, together with Zak Penn, Kinberg claimed to have been unhappy that Jean Grey took a backseat to the mutant cure plot and this time, he wants to make a movie “where Jean is a hero and the villain and the focus the film, where you really got into the moral, emotional, psychological complexity of what’s happened to her character”.

Has Kinberg developed amnesia? Jean Grey was most assuredly both hero and villain in the first X-Men trilogy. And, despite what the critics said, I found XLTS a decent X-Men film — at least it adequately explored the heroism of one of the most powerful beings in the Marvel universe and the conflicts that shaped her.

In XLTS, Jean (played by Famke Janssen) was Charles Xavier’s equal. Charles, the patriarch of the X-Men, was instantly irritated when he first met Jean as a child because she dared to read his mind without his permission. He knew that she had a power that could easily surpass his.

Jean was the only medical doctor in Xavier’s school for young mutants. Intelligent and accomplished, she was also the public face of the X-Men, speaking out against the Mutant Registration Act at Senate hearings way before Charles even allied with politicians. Like Charles, she was calm and composed. But unlike Charles, she was far more humble, though also (no thanks to him) more insecure about her powers.

Dark Phoenix was first unleashed on the big screen when Jean tried to save the rest of the X-Men at Liberty Island in X2: X-Men United. Charles, as we’ll learn in XTLS, had created psychic barriers to sequester her power in her unconscious mind — and therefore, making it inaccessible to her conscious one. Hence, when Jean was close to death, her unconscious mind unleashed a massive energy force to protect her.

Bear in mind that Charles manipulated Jean’s mind, contained her power without her consent and told her nothing about it. He continued to maintain these psychic barriers throughout her time as his student. His excuse for his actions: he was trying to protect her because she was unable to control her own power. So when Dark Phoenix was unleashed from her unconscious mind, it made absolute sense for it to attack Charles as an act of vengeance and retaliation for years of seclusion and captivity, eventually vaporising him.

In XTLS, the true villain is the leader of the X-family: the forever calm and collected Charles Xavier (played so stoically well by Patrick Stewart) — the ubermensch and intellectual who covers up his manipulations and power plays by hiding behind lofty ideals and moral righteousness. His villainy is far more dangerous than Magneto’s because he has so successfully sold himself as the moral compass of a fraught new world order. Killing Charles here is justified, though it seems that Kinberg wants to redirect the knife in his second stab at Dark Phoenix.

SPOILERS FOR DARK PHOENIX AHEAD

In  X-Men: Dark Phoenix, Kinberg ensures Charles (now played by James McAvoy) escapes the jaws of death and even absolves him from the crime of mentally manipulating Jean Grey (now played by Sophie Turner of Game of Thrones) — by altering his original motive presented in XTLS and the comics.

Charles is no longer the controlling head of the family who set clear rules he expects others to follow unquestioningly; rather, he is the benevolent patriarch and the protector of his adopted child’s fragile psyche.

He sequesters Jean’s powers again but this time, the psychic barriers are not for his selfish benefit but for a greater good: Jean herself. He uses the barriers to keep secret from Jean what she has done as a child — inadvertently used her powers to cause the death of her mother—and shields her from another painful truth: that her father gave her up — his only child — because he could not forgive her.

When Jean finds out that her dad is still alive, she is overcome with emotions (something Charles has tried for years to prevent) and promptly abandons her lover Cyclops and her X-family to find her dad. When her dad rejects her for a second time, she goes ape shit and unleashes her power to destructive ends.

But when her X-family comes to rescue her from her own mental and emotional breakdown, who does Jean kill? Not Charles, who deceived her for years after taking her in, but Raven, who Jean used to admire and who refused to leave Jean behind during their most recent mission. It was during a chaotic moment and Raven became collateral damage for Jean’s meltdown.

I cannot think of any other main character in the X-Men franchise that was sacrificed in the guise of collateral damage. In XTLS, Charles’ death made sense. But Raven’s death in Dark Phoenix feels too convenient and, frankly, pointless. (Except to Jennifer Lawrence, who has confirmed she does not want to be a part of any future X-Men films).

The rest of the film sees Jean trying to reconcile her fraught relationship with Charles, dealing with her guilt for causing pain to the X-Men, and making peace with her father’s decision to give her up. Her entire character arc is so completely intertwined with all the men in her life that it made me realise just how male-centric the X-Men universe has become.

Female relationships are almost never developed and the X-Women do not seem to have meaningful dialogue with anyone but the men. The only woman brave enough to reach out to Jean during her meltdown, aka Raven, is killed before she can even edge in a word of comfort or two. It is true that Jean encounters another formidable woman who tries to siphon away her power but Vuk (Jessica Chastain) is secretly a member of the alien D’Bari race who has forcibly taken over a female body and is not human as such.

And let me get this off my chest: Jessica Chastain portrays the alien leader with such antiseptic dispassion that Jean would have to be really dumb to not figure Vuk’s villainy out, her telepathic powers notwithstanding.

When Jean Grey as the Dark Phoenix eventually has to sacrifice herself to save the whole of humankind and planet earth, I was not surprised. Just like in XTLS, the X-Men franchise wraps up an epic SFX-enhanced story of a lead female character with her being sacrificed for the greater good of mankind. At least in XTLS Jean took down a couple of male leads on her way out. In Dark Phoenix, she decided to kill off a fellow female lead instead and left Charles and Magneto to retire to a relaxing game of chess, looking none the worse for wear. Renaming Xavier’s school to Jean Grey’s school is but a hollow gesture when the new principal is still a man, i.e. Hank McCoy. Okay, manbeast.

This is not my idea of doing justice to a character wronged in the past. If the intention is to give more prominence to women in the franchise, why not develop Storm’s character, whose origin story is far more interesting and had never been told in a movie before?

As a child of a Kenyan priestess and an American photojournalist in the X-Men comics, Storm grew up in the streets of Cairo, Egypt as a pickpocket after the untimely death of her parents. She developed her weather-controlling powers after a near-death trek through the Sahara desert and would later meet and have a dalliance with the Black Panther. Sounds like a perfectly complex female character that would make for a fantastic superheroine film and better yet, take X-Men  out of the American context comfort zone and enable a neat crossover (full disclosure: I am a Storm AND Black Panther fan). Storm and the Black Panther (Art by Marvel Comics)

But Hollywood is a strange beast and nothing would please it more than to churn out another white superheroine from the American suburbs. Hence, we get yet another Jean Grey story — one which rendered benign the true explosive potential of Dark Phoenix.

If anything, Dark Phoenix is the final nail in the X-Men cinematic coffin that affirms a pretty searing message for fans of female empowerment flicks: if you don’t want to die at the hands of men, you can just commit suicide and call it evolution.