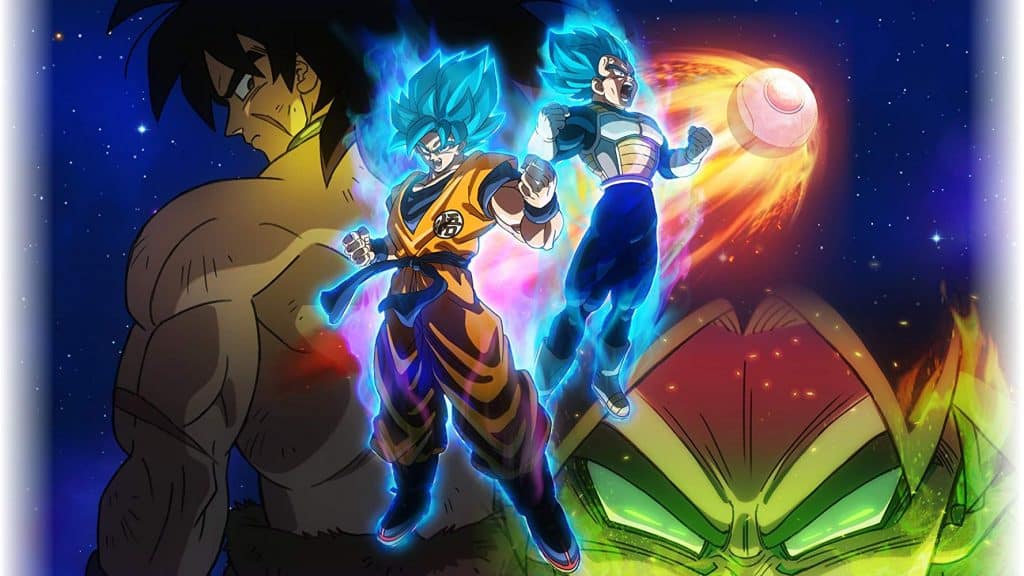 Sometimes you’re surprised that a movie can surprise you. I certainly wouldn’t imagine myself admitting, very readily, that Dragon Ball Super: Broly is one of the most satisfying cinematic experiences for me in the past year.

It’s very much the inherent joy of seeing something that used to languish in the confines of VHS video quality and tiny CRT TVs now being blown up on the big screen in swooping, eye-popping visuals. It’s likely the nostalgia, too. I grew up with my nose deep in Dragon Ball manga and video players stuck with the anime. But if you ask me why it’s such a cinematic delight, I’d instantly point to the yells – those long, glorious, guttural, rolling, reverberating yells Dragon Ball is known for, being blasted gloriously in surround sound. It’s the magic of Dolby and the priceless vocals of 82-year old Masako Nozawa.

Yes, that’s Goku’s voice actress. Yes, she’s been doing it for more than 30 years. Yes, she has the hair to match

So yes: I did enjoy Dragon Ball Super: Broly, the 20th movie of the long-running, undying franchise. It’s a surprise to me, because anime movies spun out of serialised manga/anime tend to wade in the mediocre side of the pool. They’re essentially filler episodes with a budget to burn, and because they can’t make any canonical changes without derailing the (usually) ongoing series, the stakes are non-existent. There’s always just a one-off, inconsequential, sometimes-uninspired villain to defeat, and that’s it.

Dragon Ball Super: Broly inherits similar problems, but with a few twists to the maligned formula. For one, this is technically canon – it’s a proper continuation of events that directly follow the now-concluded (or was it cancelled?) Dragon Ball Super series. It’s also written by series creator Akira Toriyama, which is akin to having a nod of approval by God.

Secondly, the movie marks the return of fan-favourite antagonist Broly, who served as the nucleus of three Dragon Ball theatrical releases: 1993’s Dragon Ball Z Broly – The Legendary Super Saiyan; its sequel DBZ: Broly – Second Coming (my personal favourite, if only because of the family Kamehameha); and the much-detested Bio-Broly. The character is more or less canon now, a proper indictment to the family. That’s a pretty big deal, for fans at least.

The prodigal (and prodigious) son returns

This also means a fresh start for the character’s backstory, which the movie spent the first half exploring. Broly is a Saiyan child – a race of space Vikings, sort of – born at the same time with our protagonists Goku and Prince Vegeta. Broly possesses far superior inherent power compared to any Saiyan child at that time. Fearful and jealous, the king banished the infant and his father to a desolate planet, in which the boy is moulded into a weapon for vengeance.

Fast forward 34 years of manga and anime material, the now-grown Broly is picked up by series villain Frieza, who seeks to pit him against our heroes. Needless to say, planet-ending punches ensue.

I guess that makes each punch the equivalent of the asteroid that killed the dinosaurs?

There’s technically very little going for DBS: Broly outside of flashy fight scenes and fanservice – and that’s why it works. It doesn’t try to cram in every series character in a bid to please fans, nor does it attempt to tell a complex story with an essentially silly premise. Rather, it focuses on a handful of key characters and let the punching do the talking.

And they’re fantastic bouts of super-powered fisticuffs, rendered in some of the best Dragon Ball animation to grace the series (some of the CG can be distractingly lacking, though). Sound design is a blissful mix of the series’ trademark sound effects with big, pounding booms. At one point, the soundtrack started chanting the characters’ names and it all wonderfully silly and fun.

But perhaps the best creative decision here is the humanisation of Broly as a character. Broly in the 90s is a one-track, overpowered villain that’s insane and evil. New Broly is a little more nuanced – portrayed as pure-hearted and innocent, but blindly devoted to a vengeful father who isn’t below using a shock collar on his child. The introduction of new characters to serve as Broly’s friends – and foils – helps ground him. He’s sympathetic, so you root for him as much as you root for the heroes. That’s the most layers Dragon Ball has ever had for a movie-only villain, which deserves credit.

More layers on the writing could’ve turned DBS: Broly into a more captivating film, though. The movie starts off with an interesting theme of sons having to carry on the legacy of their fathers. All four major characters – Goku, Vegeta, Broly and Frieza – have warrior patriarchs who place tremendous hope on their children – a plot point which seemed like it was going somewhere, but unsurprisingly got lost amidst the yelling.

Not that I expected explorations of toxic masculinity perpetuated by Might is Right patriarchy from a franchise that’s really all about solving your problems by punching and training. I certainly wouldn’t ask that much from it, either. Dragon Ball Super: Broly may be junk food, but it’s junk food with the fats (and needless muscles) trimmed away to produce a focused, ultimately entertaining flick.

And that’s more than you can ask for, sometimes.