Our war in this corner of the world | Review 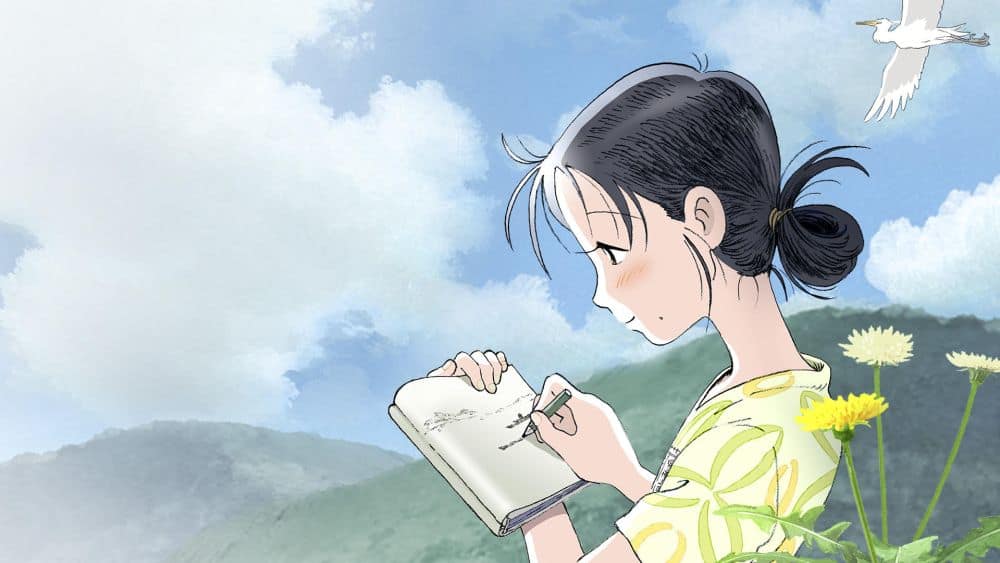 One of the standout moments in Sunao Katabuchi’s In This Corner of the World is during a bombing raid. As protagonist Suzu Urano (Rena Nonen) stares at the explosions in the sky, she doesn’t see a thunderous chaos of fire and smoke, but bursts of watercolour strokes against a light blue canvas. “If only I had my paint and paper with me,” she thought to herself, before the shrapnel rains down.

I like this moment, because it perfectly encapsulates this movie about finding hope and beauty in the worst of times. Set in 1940s Japan right up to the Hiroshima bombing, In This Corner of the World (Kono Sekai no Katasumi Ni) is as much about the tragedy of wartime as it is about the mundaneness of it. Everyday life is punctuated by sadness and grief, but no less lacking in some manner of happiness and absurdity and things to be grateful for.

It’s an important war film not because it details the struggles of soldiers or the senselessness of violence, but because offers a perspective through the lens of ordinary people, and how war strips away humanity.

Our perspective here is through the eyes of Suzu Urano, a ditzy, innocent girl who is also a talented artist. The early parts of the film follows Suzu as she leaves her idyllic life in Hiroshima to marry into a family in Kure, an hour away by train. This part of the movie flows episodically, oddly paced as it is sparse in eventful happenings. But if we’re watching the movie through the eyes of Suzu, this erratic rhythm makes sense. Much of life is a series of uneventful moments, after all, and we only remember the bits that stand out.

By the second half of the film, the pacing begins to settle, as Suzu’s life gets increasingly intersected with growing military unrest and, eventually, frequent bombings.

Yet even during darker times and harrowing moments, the movie breathes in instances of humour and absurdity, acknowledging that all of these is part and parcel of life. How often have we found humour in the most inappropriate times?

The movie is presented in beautiful, soft-coloured backgrounds and characters which – perhaps peculiar for a wartime movie – are drawn as cutesy. This may very well just be Suzu’s perspective of the world – she’s an artist, after all. In one heartbreaking moment, we even see a shift in art style, representative in Suzu’s broken, shattered state.

Like Isao Takahata’s Grave of the Fireflies, In This Corner of the World isn’t an anti-war movie, but a pro-knowledge one. War is terrible – we all know this as much – but often the notion isn’t grounded by a perspective that we could relate, if not perceive. This is a window into the lives of ordinary people affected by the cold machinations of war – all of the mundaneness, pain, beauty, hopefulness and humour of it all.