Mirai is a loving (and thoughtful) tribute to family | Review 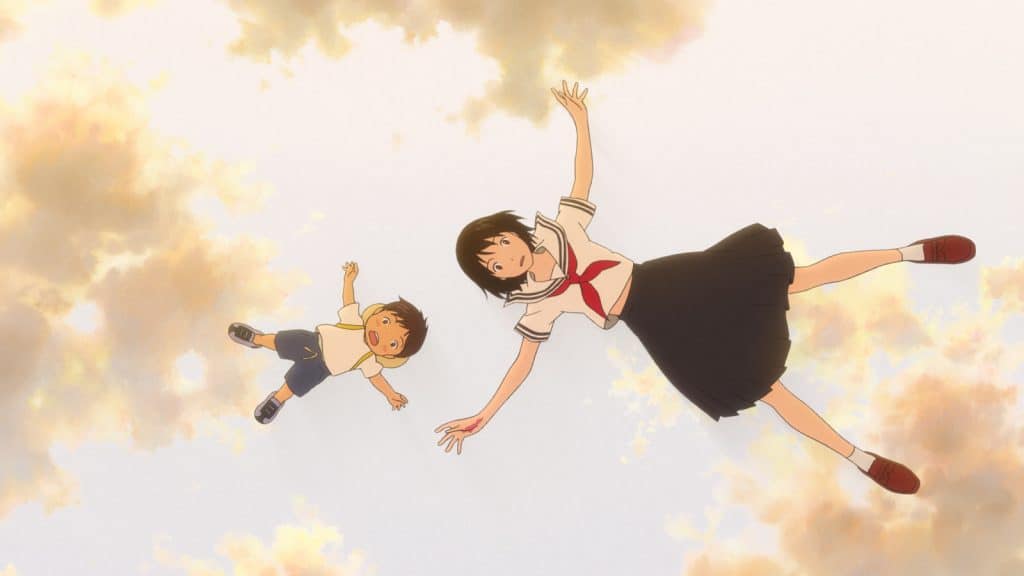 Mirai is like a duvet. A large, white, fluffy duvet. It looks simple, yes, but it is also expectedly cosy and lovely. There are simple joys to be found here – the type of joy you bring the family to. It’s one of those 800-thread-count duvets that everyone can just dive right in and feel all tingly and warm.

But this is a Mamoru Hosoda film, which means that you can dig deep into its fillings and come out with a thoughtful, meditative look at family and bonds.

They’re Hosoda’s favourite themes, after all. With the exception of The Girl Who Leapt through Time, the complexity and compassion of familial bonds run through all of his works. Hosoda’s families are often quirky and cracked, but held together with helpful helpings of trust and personal growth.

Unlike Wolf Children, Summer Wars and The Boy and the Beast, though, Mirai is much less fantastical and a lot more grounded. The movie revolves around a four year-old boy named Kun as he deals with the arrival of his baby sister, the titular Mirai. Not that the movie doesn’t have its own flights of fancy – Kun eventually comes face to face with the future version of his sister: a sassy teenage girl who ropes him into some past-altering shenanigans (“Mirai” means “Future” in Japanese, so of course some time travel is involved).

The movie goes into surprising directions, which I’ll opt not to mention here, though the story largely remains simple. It is, ultimately, a boy learning gentle life lessons and understanding the weight of having a sister, held up nicely through fantastic character animation and a cast of likeable (and relatable) characters, as well as some good-natured humour.

Sometimes the film feels like snapshots of someone’s life – Hosoda’s, likely, as the movie captures the frustrations and elations of a young family, especially the tantrums Kun throws. My brother just recently had his second child – a daughter – so watching Kun is like seeing an animated version of my nephew as he tries to grapple with the concept of a sibling.

It’s a lighthearted movie, no doubt, but not without some meaty discussions on the subject of parenthood. Mirai brazenly stands up against the notion that mothers stay and fathers hunt, and isn’t afraid to touch on the insecurities and concerns of raising children. Kun’s father is also a refreshing take on the “Mister Mom” trope – a stay-at-home dad who may fumble through chores and checklists, but readily takes on the role without the sort of masculine hesitance or indignance that we tend to see. (Plus there’s a nice little takedown on the notion that men who choose to stay home deserve praise for “stepping up”. Like its namesake, Mirai is pretty forward-thinking).

But it’s the movie’s tribute to family that ensures it stays in that Hosoda-sphere of thoughtfulness. There’s a sequence towards the end of the movie that essentially celebrates the way past and future lives are interconnected within a family line – all brilliantly presented through the movie’s visual motif of trains and tracks.

It’s not my favourite Mamoru Hosoda movie (Wolf Children still holds the honours), but Mirai is just as strong an entry from the auteur as the rest of his works. One can look to the future with ease, and hope.