The hollow nostalgia of Ready Player One | Review 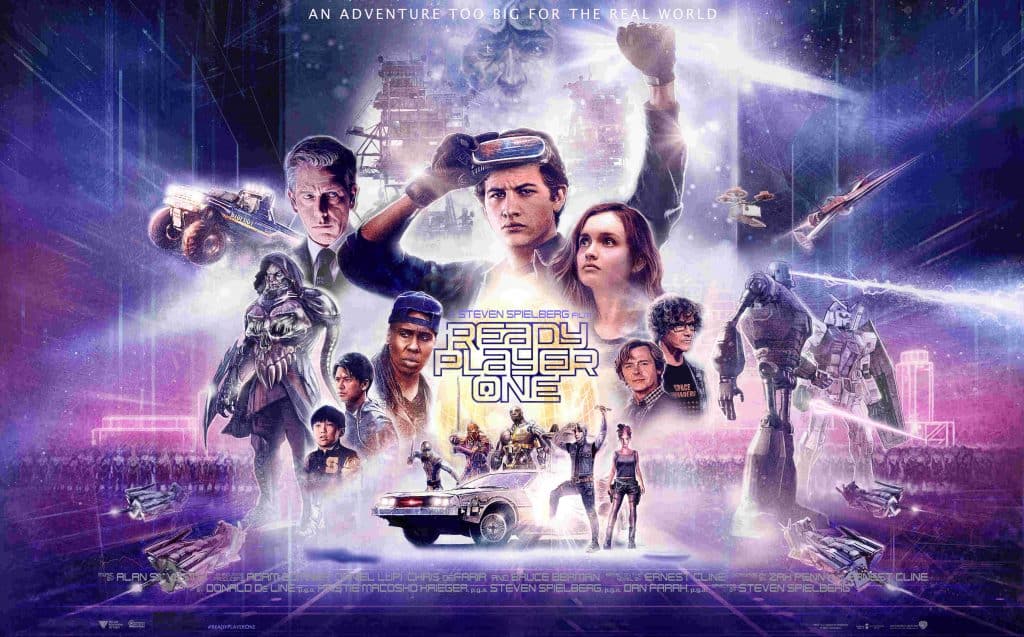 Ready Player One, directed by Steven Spielberg, contains a special kind of joy. It’s the kind of inner, almost primal delight of recognising something you’ve liked at one point in your life. Like spotting the Firefly-class vessel Serenity, or picking up on the Back to the Future jingle in the soundtrack. When they all come together in a blazing equivalence of a ball pit made up of pop culture references, you may be giddy and grinning, like a kid in an arcade. That’s what the movie is like – an arcade made of nostalgia and pop culture.

I won’t deny that joy when watching this film. Boil it down to its core ingredients, Ready Player One is an unabashed wish-fulfillment fantasy, and that’s fine. But it does make me wonder about how we experience our pop culture, and about nostalgia.

The film, based on the popular novel by Ernest Cline, is set in the near future. Societal and economic collapse have led to masses of people escaping into the virtual world of OASIS, where you can be literally anyone you want. Naturally, people choose to appear not as themselves, but as any pop culture character that have ever existed (before 2017, at least). If you want to, there’s nothing stopping you from being a Battletoad riding on Falkor from the Neverending Story. It’s that kind of MMORPG.

And yeah, the Battletoads are in the movie

The film centres around Wade Watts (Tye Sheridan), a sullen youth joining a crowded pursuit of an Easter Egg hidden in OASIS by its co-founder, James Halliday (Mark Rylance). Finding the Easter Egg means gaining total control of the OASIS, so obviously an evil organisation is in on the treasure hunt. Adventure ensues!

Spoilers galore from here on

Ready Player One asserts that your knowledge on nostalgia has value. In the movie, clues to the easter eggs are hidden within the 80s pop culture that James Haliday surrounds himself with. Those bits of game and movie trivia you’ve amassed in the Wikipedia of your mind? In the OASIS, it’s the edge you gain above every other easter egg hunters.

And it’s not bad, not at all. Nostalgia is a wonderful, comforting thing to settle onto as the future careens into terrifying unpredictability. In the movie, it’s also something to lean back on. It’s alright if the plot and characters are all ho-hum – what matters is that you feel a tingle of satisfaction as you recognise the Serenity in the background, or see your geeky fantasies come true when a Gundam dukes it out with Mechagodzilla. It’s fun.

Because in Ready Player One, nostalgia is merely the shell you recognise, but little of the actual context. Your geek cred will be stamped and certified, yes, but nothing on screen is actually representative of the values of your pop culture favourites.

This is best (or worst?) encapsulated in The Iron Giant’s appearance in the climax of the movie movie. This marks the second time the titular character from Brad Bird’s 1999 cult favourite animated movie has appeared on the big screen — especially significant, considering that his original theatrical run was a clanker.

The Iron Giant is a movie about humanity and heroism, a film that asks the question: “What if a gun has a soul?”. The Giant, throughout the course of his own film, learns about death and his own purpose as a saviour. It’s a pacifistic movie. What does he do in Ready Player One?

It’s kind of sad, really, that the people who made the film would overlook the core meaning behind The Iron Giant in order to squeeze in another geek reference. It’s even sadder when you learn that it was Ultraman who was supposed to participate in the final battle until licensing rights screwed it over. The Giant feels just like a conveniently-available asset in the Warner Bros vault that so happens to have a cult following.

All the references in Ready Player One are what they are: references. The movie isn’t interested in exploring what nostalgia and fictional characters mean to you or me. It celebrates the existence of pop culture, but not its power or values.

Even the film’s characters don’t embody the values of the pop culture they devour. Wade Watts may be able to name every movie starship ever made, but what do they mean to him? The film considers him “special” for being an expert of Halliday, which just goes to show that these pieces of nostalgia and pop culture are only a means to an end. How is he any different from the villain?

All of this is unfortunate, because Steven Spielberg is the exact person defined by the values of the movies we consider nostalgic now. Everything from E.T: The Extra Terrestrial to The Goonies are celebrations of family, friendship and camaraderie.

Is Ready Player One about the type of friendships that pop culture can string and weave together? Perhaps, but you’d be hard pressed to believe that Wade’s entire group is there for him out of friendship, because the movie is more interested with having them spout exposition rather than developing meaningful relationships.

It runs in contrast to what I consider to be the better example of how to more effectively marry pop culture and nostalgia: Netflix’s Stranger Things. It’s not a faultless series, but for what it’s worth, the protagonists of Stranger Things draw their values and ideas from the things they consume, be it Dungeons & Dragons or Star Wars. They’re made better by pop-culture.

Like most arcades, Ready Player One‘s joy is fleeting and hollow.