The strange, satisfying grounded-ness of Ant-Man and the Wasp: A review It was somewhere in the middle of Ant-Man and the Wasp that I finally understood why the first film featuring our size-altering superhero had its own avid following. Of the entire Marvel Cinematic Universe cast – a humongous cast, no doubt – Scott Lang may very well be the only Everyman.

Sure, he can change sizes at will and summon an army of ants, but Lang didn’t scuttle into the big screen with the overbearing personas of Tony Stark, nor is he saddled with the immense legacy of Peter Parker. Scott Lang (Paul Rudd) was just an ex-convict with a penchant for breaking into things, seeking a chance at redemption. He’s not a tech genius nor is he inherently powerful. He’s just a relatively good man seeking to do relatively right things.

Even his friends are as equally grounded – ex-cons and small time crooks themselves who are often bewildered by the constant state of things, yet stalwart enough to pull through. And Lang’s big personal conflict isn’t really about beating evil corporate scumbags or trying to keep a kingdom afloat – he just wants the best for his little girl.

This grounded-ness carries itself into Ant-Man and the Wasp, a movie that is decidedly more lighthearted when compared to the meatier Black Panther or the heartburn-inducing Avengers: Infinity War. The stakes are smaller, the comedy more pronounced, and the risks are pretty much non-existent. That’s not entirely a bad thing.

The stakes are smaller indeed

This sequel starts roughly two years after Captain America: Civil War. Following his incarceration from helping Captain America battle the Avengers, things for Scott Lang are… pretty alright. He has been placed under house arrest (a very lenient punishment, considering that what he did in Civil War was pretty close to treason), and runs a security business with his friends. He gets visits from his loving daughter, with his arrest period ending soon. He struggles with boredom, and perhaps a little bit of guilt – his actions in Civil War, being illegal, meant that the original Ant-Man, Hank Pym (Michael Douglas), and his daughter Hope van Dyne (Evangeline Lilly, aka The Wasp) have to become fugitives themselves.

No chance for a quiet existence, though. As it turns out, Pym and Hope needs Scott. See, at one point in the previous film, Scott shrunk himself into subatomic levels and ended up in what’s known as the Quantum Zone – the place where Hank’s wife (and the former Wasp) Janet had been lost to. Because of his brief time there, Scott may be the key to her return.

What follows is a series of macguffin chases and ticking bombs to attend to, often involving that Thing that can do that Other Thing so that Janet could be returned safely, while Scott has to deal with the probability of the FBI finding out his absence from his home arrest. In the meantime, they’re dogged by a black market dealer named Sonny Burch (a slimy Walter Goggins) in pursuit of Pym’s tech, though the bigger threat arrives in the form of Ghost, a mysterious figure who can phase through all manner of solid stuff.

It’s sounds convoluted, but really, it’s mostly excuse for fun and creative sequences that take the whole size-changing aspect as far as it could possibly go. For the most part, the film is held together by the two leads – Lang’s Everyman likeability, and Hope’s thorough joy at being able to kick ass and take names after spending the better part of the first film being relegated to the sidelines. Occasionally Scott’s friend Luis (Michael Pena) arrives to steal the scenes. The characters and their interactions are what’s holding the film’s flimsy foundations together.

And that’s well and good, since one major theme to Ant-Man and the Wasp is partnership. It’s not just about the budding collaboration between our two leads, but Lang and Pym’s juxtaposition as one Ant-Man to another. Pym had spent a lifetime pushing people away, Hope being one, with his former partner Bill Foster (Laurence Fishburne) being the other. On the contrary, Scott’s openness towards providing and receiving help makes him the better person. And you know what creature in the insect kingdom are strong social creatures. (Ants. I mean ants).

A stronger script and more character moments would’ve been able to solidify these themes better, but Reed is more interested in dispensing laughs and action. I reckon that, in a few weeks, this movie would fade away from my MCU consciousness. But, forgettable or otherwise, it’s nice to be able to kick back on a comic book movie that is, unabashedly, a comic book movie. 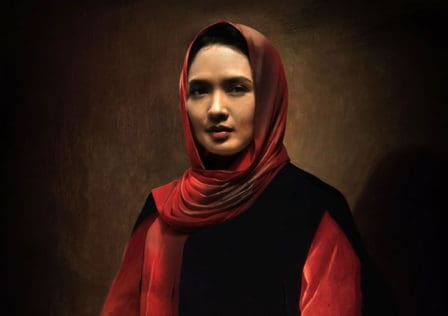