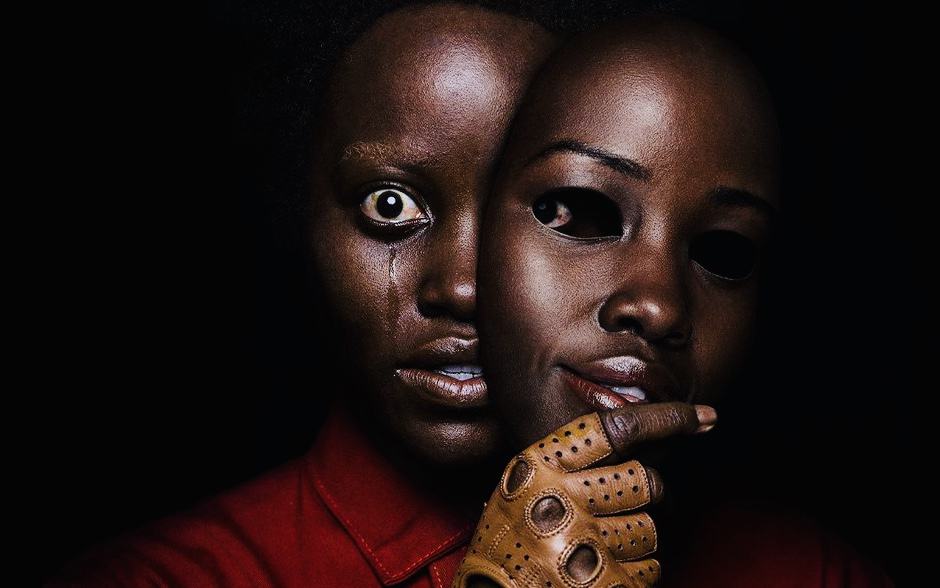 Us didn’t scare me, but that’s where it gets interesting

I’ll be the first to admit, I am a class-A chicken when it comes to the horror genre. I mostly watch horror films from behind the safety of cushions or pillows. In a cinema, where such fright paraphernalia are unavailable, I resort to shielding my eyes from the screen with an open hand, watching furtively from the slits between my fingers. Sometimes I wonder why I pay good money to watch a horror flick when I spend more than 50% of it averting my gaze.

But strangely, I found my eyes wide open for the entirety of Us. I never once shielded them, never once stopped looking, and most beguilingly, I did not feel scared.

By all accounts, Us has all the requisite components of a horror film. The first act starts with the creepy encounter of a wide-eyed and nappy-haired young girl, Adelaide Wilson (played wonderfully by Madison Curry). The second act turns adrenaline up to eleven when, years later, mysteriously murderous doppelgängers suddenly appeared in the holiday home of Adelaide (Lupita Nyong’o), who is now a grown woman with her own family, leading to a heart-pounding cat-and-mouse chase. This culminated in a sinister third act that reeks of violence, confusion, and ends with a wicked twist.

Us richly layers its scares with symbolism and metaphor, and deftly captures the zeitgeist of present day United States. The sophomoric feature of director Jordan Peele recorded the best-ever opening in the history of original horror titles: US$70 million. This number easily doubled the opening weekend take of his first movie, Get Out , a race-themed horror flick that won the 2018 Oscar for best original screenplay.

So why didn’t I feel a shred of fear watching such an accomplished horror film? I was certain my eyes-wide-open attention for the two-hour long movie had nothing to do with some newfound fearlessness. It just did not make sense. Why not me? Why not Us?

Like all dutiful horror heroines, I decided to investigate (but I did switch on the lights first). Reading numerous interviews, I found out that Peele emphasises the importance of duality as a running theme in Us. Critics and reviewers were quick to link this concept to the existence of menacing doppelgängers and uncanny parallel worlds within the film.

I’d, however, like to argue that it is the duality of two genres in Us—horror and science fiction—that is paramount. This well-crafted duality is the reason why so many people cannot stop trying to make sense of the film. It is also why I am unafraid of Us.

Bruce Kawin, a retired professor of English and Film Studies at the University of Colorado, Boulder, posits an interesting theory when comparing the genres of horror and science fiction. For him, the genres are similar in that “both tend to organise themselves around some confrontation between an unknown and a would-be knower” [1].

The difference is that horror films tend to play up a fear of the unknown (often symbolic of a certain societal repression). They incite the desire to defeat or suppress the unknown in order to restore the status quo. Evidence of this can be found in ample horror films, such as those about demonic possession; supernatural entities in haunted houses i.e., The Conjuring series; and slasher films such as the Halloween and Friday the 13th franchises, among others.

In contrast, science fiction films generally have a more positive attitude about the unknown. Fear and repression are replaced by curiosity and a desire to evolve to a newer, better state of being. The xenomorphs in the Alien franchise exist precisely because of the hubris of scientists who believe knowledge and experimentation are more important than human survival. In The Matrix (1999), Neo takes the red pill because he desperately wants to know how deep the rabbit hole goes.

I bet Neo never expected to end up in rabbit hell, which is exactly where Peele has decided to take us. Rabbits feature prominently in Us. The very first rabbit that we see breaks the fourth wall by gazing right at us with its one red eye, in a profile shot. As the camera very slowly zooms out, accompanied by a resoundingly menacing score by Michael Abels, we become aware that said rabbit is in a cage, next to a total of 11 other caged rabbits. For me, this is when the sci-fi part of the mystery kicks in. But it is a mystery that remains until the very end because Peele never lets on the rabbits’ origin story.

Midway in the film we hear stories of human scientific experiments predating the 1980s, which is when we are first introduced to the protagonist, Adelaide, as a young girl. We later learn from Adelaide’s adult doppelgänger, Red, that the offspring of these experiments have been abandoned in the vast system of tunnels hidden underground. They are free to roam, feed on raw rabbits, and breed, but their activities are tethered to their identical counterparts who live normal human lives on the surface. This explains why Red and her companions are known as The Tethered.

The rabbits, implied as test subjects in the movie, force us to confront science experiments intended for the ‘betterment’ of humankind and the abuse such procedures often inflict. The duality of progress, in other words.

But that is as far as the rabbit hole goes.

This subterranean parallel world weaves a long trail of breadcrumbs that leaves us with an even longer string of unanswered questions. Who made The Tethered? Why were they made in the first place? Are they clones? How are they able to eat raw rabbits without getting horribly sick? How did they come to be abandoned? Why were they made to mirror the actions of their counterparts above ground or did they do this on their own? Do they exist across the globe or only in the US? What’s their final purpose? What will happen now that their ‘leader’ is dead?

The horror at the heart of Us is not my fear of Red and the doppelgängers, but it is my distress and dismay of not knowing the truth. This horror revolves around an intellectual desire to know, not an irrational compunction to erase its manifestation.

To my mind, this is the exact moment of friction between the horror and sci-fi genres because, being a hybrid of both, Us simultaneously gives us what horror genre convention demands (the killing of Red and the return to normalcy) but also withholds what sci-fi genre conventions presuppose (that scientific mystery will eventually be explained and understood).

Like Alice in Wonderland, we are left wandering in the land of white rabbits and March hares, grasping for meaning in a film that affords us no coherent, connective thread to a cohesive denouement. Us is a horror film with a sci-fi mystery at its core but no one to help us peel (pun intended!) away the layers of the puzzle.

In the end, when Adelaide kills Red, I was not relieved to know the menace had been expunged. Instead, I was angry because I had yet to discover the core mystery of the film. The final twist at the end of Us only exacerbated my perturbation.

Why make a horror film if only to deny me the twisted joys of terror? Why sprinkle science fictional elements without developing them further? Why make me think so hard when all I want is to feel the satisfaction of a resolution? Maybe this is Peele’s intention all along: to not resolve such problems for us, but rather, to have us solve them ourselves. Or not.

Peele reinvents the horror genre by denying us the one thing we need—catharsis—and compelling us to do the one thing we don’t want—self-reflect. When we are afraid, we never stop to question why because we are too busy running away from our fear. Peele wants us to face our fears, to look them in the eyes and to ask why they are there in the first place because, like it or not, we are tethered to our anxieties and neuroses. There is no killing the Adelaide in Us.