The Tokyo Game Show. PAX. Gamescom. For the Southeast Asian like myself, these video game events are like the mystic temples sitting on top of sacred mountains – far, hard to get to, and coveted places of (video game) worship. In other words, expensive.

So it comes as good news that Level Up KL 2019 – the fifth of Malaysia’s annual games developer conference – will now have two open-to-public days. On Nov 9th and 10th, the Kuala Lumpur Convention Centre will play host to an event much like TGS and PAX. There’ll be game tournaments. There’ll be cosplay. There’ll even be a video game concert. And most importantly, there’ll be game demos to play — including Malaysian-made ones that have been making waves abroad.

Here are the four I think you ought to be excited about.

No Straight Roads is, quite rightly, Malaysia’s highest-profile game. The game is built on pedigree, after all – behind the reins are Final Fantasy XV’s lead game designer Wan Hazmer and Street Fighter V’s concept artist Daim Dziauddin (they both co-founded the development studio, Metronomik).

It shows. The game stands out visually – thanks to bold, charming art direction – as well as conceptually. This is an action-adventure about indie rock stars literally taking the fight to an evil EDM empire, where the music plays a key role. With music, the characters can shape the world and turn props into weapons to aid in battle. Boss attacks are timed to the rhythm of the music, which changes at different stages of the fight. As the studio puts it, No Straight Roads “was made with the intention of elevating the role of audio in game design without turning it into a rhythm game.”

I find the game both refreshing and nostalgic, which is likely to do with it taking inspiration from titles like Psychonauts, Jet Set Radio and Space Channel 5. If there’s one game you shouldn’t miss during Level Up KL, it’ll be this one.

Developed by Streamline Games, Bake ‘n Switch initially looks like a bread-centric version of Overcooked. Having given it a spin, it’s a completely different meal altogether.

In this game, you need to bake bread. To do that, you pick up dough (which, in this game, are impossibly adorable critters) and toss them into the oven. You get more points with bigger dough, so you’re going to want to combine them into larger versions before baking them. You’ll need to punch away other creatures that will taint your dough, though, and some levels are going to have obstacles in the way. But that’s where your friends come in – this is a co-op game, after all.

Coordinating a team is likely going to elicit tonnes of shouting, but the true friendship-breaking part is the PVP mode, where you can sabotage your friends’ ovens in a bid to bake as much dough as possible. You probably ought to break some actual bread later.

Who knows, you may get to play this with some strangers during Level Up KL, and go home with friends.

Passion Republic’s GigaBash is an arena brawler that pits kaiju against kaiju – basically Godzilla: King of the Monsters meets Power Stone with destructible environments. It’s good news for kaiju fans. I can’t remember a single memorable kaiju game since Rampage and War of the Monsters on the PS2.

I’ve tried a demo of it, and it’s fun. It has simple controls and mechanics that are easy to pick up and understand. But what I truly like is how each fight proceeds in multiple stages. In the Tokyo area, the monsters all start out surrounded by buildings, which you can pick and throw at your opponents (and will inevitably get destroyed when you punch/toss your enemies across the area).

As the battle goes on, you and your opponents’ Giga Meter fills up. Once full, you can turn your monster into a larger, faster, more powerful version for a limited time, which also gives you access to a screen-filling super-powered attack. There’s a definite ebb and flow to each fight – early on, it makes sense to try and use your environments to fill your Giga meter. While transforming ahead of your enemies will let you net some early kills or lay some heavy smackdown, there’s also a risk that you’ll face a powered-up enemy later in the match with your Giga meter reset.

Bonus points: the monsters are all inspired by classic kaiju. The demo has four playable monsters, with more to come. I hope there’s one that looks like Ghidorah.

You can technically already play Magnus Games’ Re: Legend – it’s currently available on Steam as an Early Access title. But if you haven’t, perhaps giving it a spin on the showroom will convince you to add it to your library.

Re:Legend is described as a cooperative simulation RPG, which the proper way to summarise a game that essentially combines the farming and hunting-gathering aspect of Harvest Moon with RPG questing and monster-raising by way Monster Rancher. In between that, you can fish, craft, build and befriend NPCs.

It sounds ambitious, because it is. As an Early Access title, it’s still ironing out its kinks and rough edges. But the gameplay loop is promising, and it’s a sound amalgamation of mechanics meant to lock players down for hours. Hours you won’t likely get on the showroom demo, but hey – there’s no rule about going back at the end of the line to give it another go. 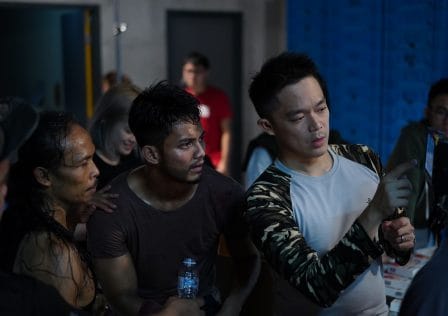 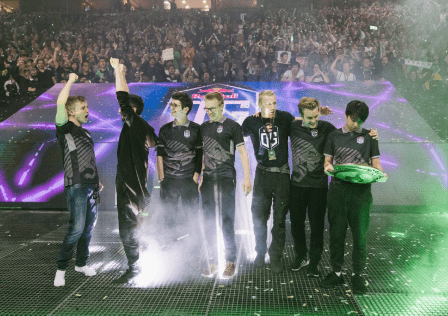